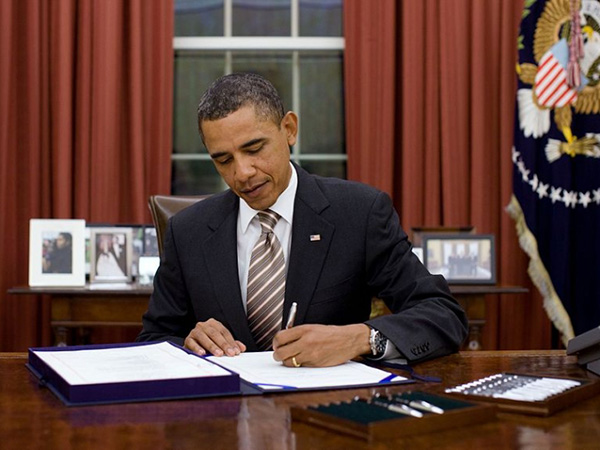 Outgoing US president, Barack Obama, declared the continuation of his country's national emergency against Iran, claiming that despite full commitment to its nuclear deal with the six world powers, the Islamic Republic still poses "an unusual and extraordinary threat" to the US.

Obama informed Congress of his decision in a letter on Friday, saying that the national emergency, which was declared on March 15, 1995, “is to continue in effect beyond March 15, 2017”, Press TV reported.

The National Emergencies Act requires the president to extend a national emergency within 90 days of its anniversary date, before it is automatically terminated.

Obama admitted in his letter that Iran had delivered on its commitments pursuant to the Joint Comprehensive Plan of Action, a nuclear deal that was struck between Iran and P5+1 (the US, the UK, France, China and Russia, plus Germany) on July 14, 2015.

Under the landmark deal, which entered into force on January 16 last year, Iran undertook to curb its nuclear program in exchange for the removal of nuclear-related sanctions.

“Since Implementation Day, the IAEA [International Atomic Energy Agency] has repeatedly verified, and the Secretary of State [John Kerry] has confirmed, that Iran continues to meet its nuclear commitments pursuant to the JCPOA,” Obama said in his notice.

“However, irrespective of the JCPOA, which continues to ensure that Iran’s nuclear program is and remains exclusively peaceful, certain actions and policies of the government of Iran continue to pose an unusual and extraordinary threat to the national security, foreign policy and economy of the United States.”

This is while experts dismiss the American overreaction as sheer propaganda, because Iran has never approached the US territory or encroached on its economy. On the contrary, US military vessels have violated Iran’s territorial waters and continue to test Iranian patience.

In November, Obama extended a separate national emergency against Iran, which was originally declared by former US president, Jimmy Carter, on November 14, 1979. He also extended the state of emergency with respect to Libya, Ukraine, Zimbabwe, Cuba and Venezuela.

A state of emergency gives the US president special powers, including the ability to seize property, summon the National Guard and hire and fire military officers at will.

The state of emergency also forms the basis for most US sanctions against other countries.