US Must End Economic War If Wants to Join JCPOA Commission: Zarif 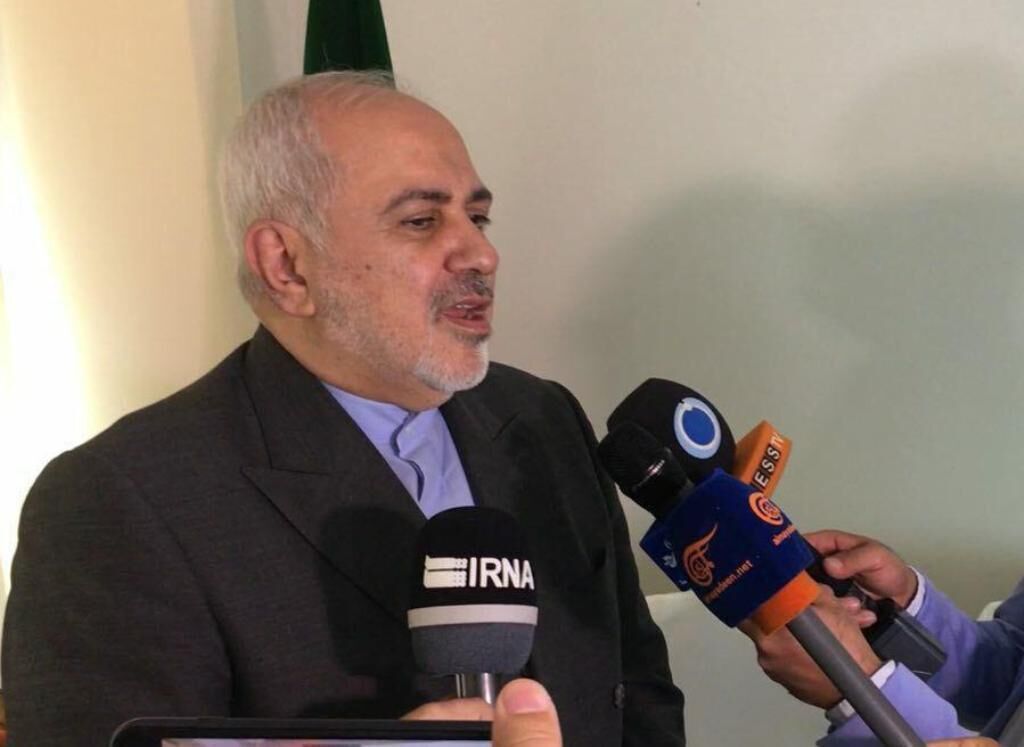 Iranian Foreign Minister Mohammad Javad Zarif said on Friday that ending the economic war is pre-requisite for the US to take part in the Joint Commission of the Joint Comprehensive Plan of Action as a member or a guest.

Speaking to IRNA upon his arrival in New York, Zarif said it is crystal clear that Americans had left the negotiation table.

US cannot continue with “Economic Terrorism” or what President Trump says economic war against Iran and at the same time request for sitting at negotiations table, Zarif noted.

Reacting to US recent choice to sanction Central Bank of Iran (CBI) and Sovereign Fund for Development of Iran, he said it indicates the US desperation.

Americans imposed any sanctions that they could do against Iran, Zarif said adding that they sanctioned CBI which had earlier been blacklisted now under a new topic.

Describing the US act as dangerous and unacceptable, Iranian top diplomat said their act is an indication of trying to block international purchases and the supply of food and medicine to Iranian people.

It is not only the violation of the JCPOA commitments but also all international principles requiring immunity of the central banks of the sovereign states, Zarif reiterated.

On other hand sanctioning an institution under various topics shows that the maximum pressure policy is nearing its end.

Elsewhere in his remarks, Iranian foreign minister urged the US to confess to reality and put an end to this policy in a respectable manner.

Elaborating on whether French President Emanuel Macron’s mediation will bring specific results, Zarif said, “Our view is clear. We are not seeking conflict. We want to save the nuclear deal.”

Iran gave 15 months moratorium to West for preserving the JCPOA, he said noting that the first step was implemented 12 months after US withdrawal from the nuclear deal.

Referring to his talks with French President Emanuel Macron and also the negotiations between Iranian president and P4+1 with the French president, Zarif said that Macron wants to reach a solution.

Zarif underlined the fact that reaching a solution will not be possible if you want to get permission from Office of Foreign Assets Control (OFAC) of the US Department of Treasury.