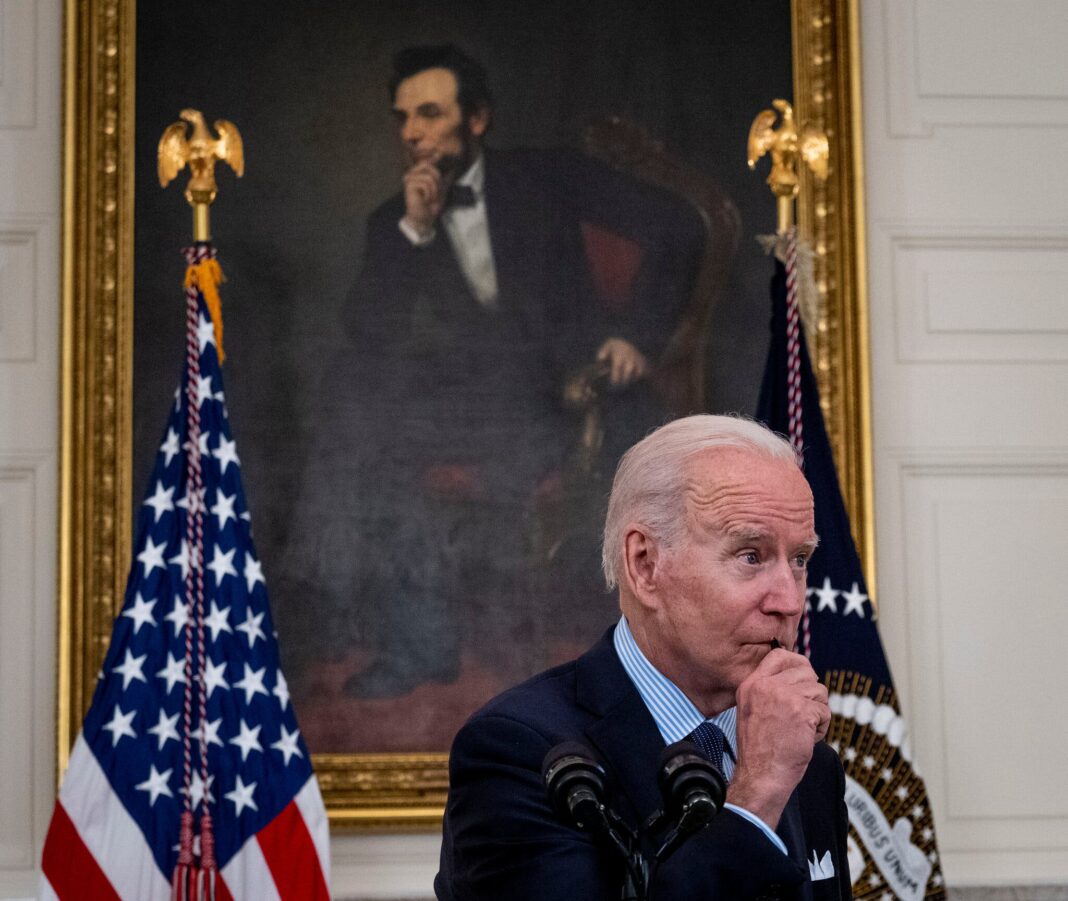 110 Republican lawmakers have called on the Biden administration to abandon negotiations with Iran aimed at saving the 2015 nuclear deal and impose new sanctions against Tehran, according to a letter sent Wednesday to the US State Department and obtained exclusively by the Washington Free Beacon.

“We write to urge you to immediately withdraw from the fruitless Vienna talks to re-enter the Joint Comprehensive Plan of Action (JCPOA) and instead strongly enforce existing sanctions against Iran, particularly with respect to the oil trade between Iran and the People’s Republic of China,” the lawmakers write in a letter spearheaded by House Foreign Affairs ranking member Michael McCaul (R., Texas) and cosigned by 109 other lawmakers.

“Further delay of action on this only further enables Iran’s malign activities, including their aggressive nuclear pursuits,” they added.

The letter is a sign that Republicans are united against reentering the 2015 accord.

“Iran is charging forward with its nuclear program, using advanced centrifuges and producing equipment for such centrifuges while stockpiling increasing quantities of uranium enriched at 20 percent and 60 percent purity,” the GOP lawmakers write.

“Iran also continues to gain irreversible knowledge through this nuclear work. While the Administration has consistently indicated a willingness to negotiate toward a return to the JCPOA, Iran has made a return even less valuable for the [international community] as it makes greater nuclear gains and gets closer to the deal’s sunsets,” they said.

Iranian officials have stressed Tehran and the UN nuclear watchdog continue cooperation and interactions within the framework of the safeguards agreements. They stated the IAEA has failed to treat Iran fairly under the influence of big powers but that cannot be an excuse to leave the agency. Iran has also provided the body with voluntary access to its nuclear sites to prove its goodwill. Recently, Tehran voluntarily allowed the IAEA replace the damaged CCTV cameras at Karaj’s site with new cameras after reaching an agreement with the UN nuclear watchdog.

The US lawmakers maintain only increased sanctions and full enforcement of restrictions will stop Iran’s march toward a nuclear weapon, not endless negotiations in Vienna.

Iran’s oil shipments, which skyrocketed in 2021 as China boosted its imports are the latest flashpoint in the talks. The Biden administration says it is prepared to lift all sanctions on Iran’s oil sector, drawing ire from Republicans who say this decision will give Tehran access to billions of dollars in cash windfalls.

Iran says it is still selling its oil despite US sanctions, and Washington’s “maximum pressure” on Tehran had failed. Tehran is determined to increase its oil exports despite sanctions imposed by the United States, Iranian Oil Minister Javad Owji said in September, adding that the use of oil sanctions as a “political tool” would harm the market.

Republican lawmakers want the Biden administration to immediately issue new sanctions on Iran for its ongoing “illicit oil shipments” to China, Venezuela, Russia, and other countries. Iran is taking in at least $1.3 billion a month from these sales, the lawmakers disclose.

“Reports in November showed that [China] continued to import an average of over half a million barrels of Iranian oil per day,” according to the Republicans.

“It is well past time for the Administration to end these farcical negotiations and fully enforce our existing sanctions to slash this vital source of revenue for the Iranian regime,” they continued.

The State Department told the Free Beacon last week that it is prepared to waive all sanctions on Iran’s oil program but that for now these sanctions are still being enforced—a claim that Republicans and watchdog groups dispute.

“We are engaging in meaningful diplomacy through the talks in Vienna to achieve a mutual return to compliance with JCPOA commitments, which would of course include lifting sanctions on Iranian oil exports,” a State Department spokesman told the Free Beacon.

The GOP leaders say in their letter that this strategy has not borne fruit and urge the Biden administration to reverse course and implement further sanctions.

The JCPOA was inked by Iran and six world powers in 2015. Under the deal, Tehran agreed to put limits on certain aspects of its nuclear activities in exchange for the removal of draconian international sanctions imposed against the country.