“US Human Rights Conditions in 2015” Published in Iran 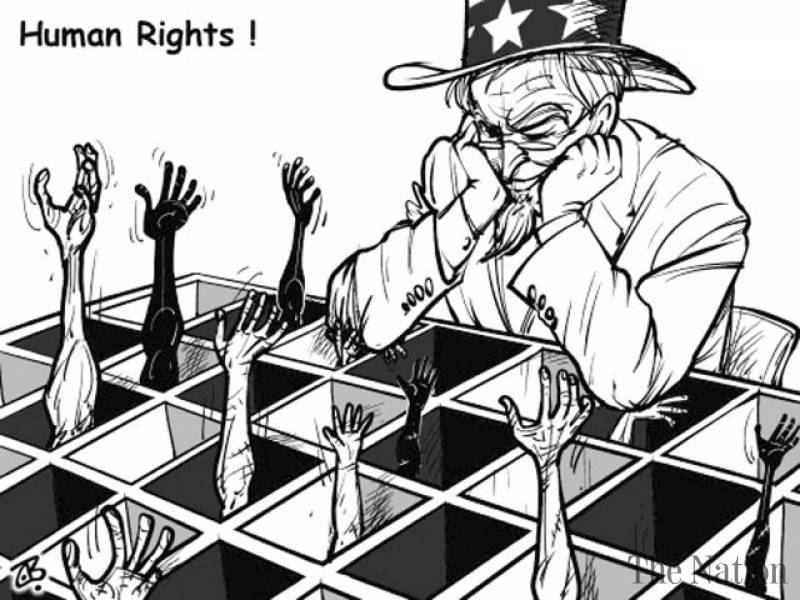 To mark the “Day of Revealing American Human Rights” in Iran, the Iranian Judiciary’s Human Rights Council released a book on the human rights conditions of the US within the past year, an official announced.

Here’s IFP’s translation of a report by Mizan: 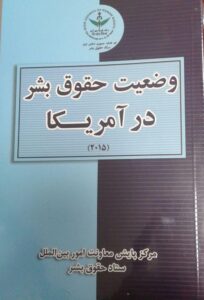 The Deputy Head of Iran’s Human Rights Council, Kazem Gharib-Abadi, noted that the book “Human Rights Conditions in the US in 2015” has been published for the occasion of the “Day of Revealing American Human Rights”, which is set to be marked on July 2.

In a speech last year, Leader of the Islamic Revolution Ayatollah Seyyed Ali Khamenei highlighted the numerous crimes which were committed by the US against Iranian nationals from June 28 to July 3, and suggested that the week should be entitled the “Week of American Human Rights”.

“In this period, the true nature of American human rights was revealed in our country,” the Leader said, back on June 27, 2015. *

Speaking to Mizan, Gharib-Abadi referred to the Leader’s suggestion, noting that the Human Rights Council had pursued the inclusion of such a day in the country’s national calendar, and is now releasing its first published account of the cases of human rights violations in the US on the first anniversary of the day.

“The book, which was compiled by the Human Rights Council and published by Judiciary Publication, reveals the US violations of human rights in different fields in 2015,” he said.

“The entire content of the book, which is composed in two sections of ‘reports’ and ‘news’, is gathered from the documents, reports, and news disseminated by international human rights bodies and organizations, as well as several media outlets, mostly Western ones,” Gharib-Abadi went on to say.

“The 130-page book deals with breaches of human rights in the US in various chapters, including the judiciary system and prison, torture, violence, murder, missing people, discrimination, racism, Islamophobia, genocide, women, children, labourers, and civil and social freedoms,” he added.

He also said that the Iranian Council had prepared several reports and documents about the violations of human rights in other Western countries, and will publish them in due time.

* Here is the full text of Leader’s remarks about the American Human Rights: