US has failed to suppress ISIL in Iraq: Iranian foreign minister 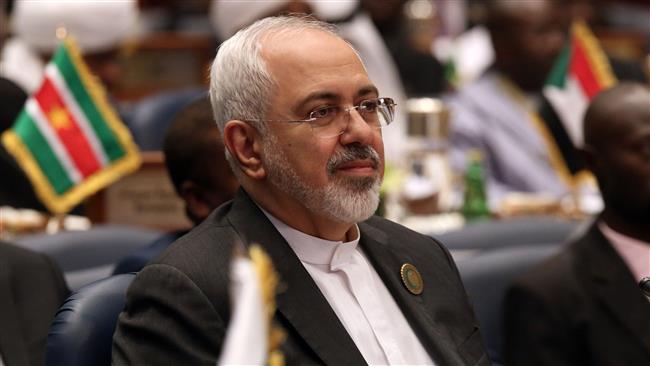 FM Zarif has said that most of the OIC foreign ministers back cessation in the Saudi aggression against Yemen and a political resolution for the conflict in the impoverished Arab country.

“What can be seen in reality is the failure of the coalition headed by the United States in suppressing the ISIL terrorist group,” the Iranian foreign minister said on Wednesday before leaving Kuwait, where attend the 42nd annual meeting of foreign ministers of member countries of the Organization of Islamic Cooperation (OIC).

Since August 2014, Washington and some of its Western and regional allies have been reportedly launching air raids against ISIL in Iraq. Some partners in the US-led coalition have also been hitting purported ISIL positions inside Syria since last September without any authorization from the Arab country or a UN mandate.

Zarif compared the Iraqi people’s achievements in the fight against the terrorist group with those of the US-led coalition, stressing that the Iraqi nation has had a more influential role in the battle against the Takfiris.

“In cases where the Iraqi people have entered [the fight against ISIL] much better advances have been made,” he added.

Zarif also said that during the OIC meeting, he held discussions with Iraqi Foreign Minister Ibrahim al-Jaafari on the developments in the region and especially in Iraq.

“I found Ibrahim al-Jaafari optimistic about the capability of the Iraqi people and government to defend the country and counter the ISIL terrorist group,” Zarif added.

Iraqi forces along with Shiite volunteer fighters are fighting ISIL that has taken large areas of land in the Arab country and is committing heinous crimes against all people there.

The Iranian foreign minister also referred to the ongoing crisis in Yemen, saying most of the foreign ministers of the IOC member states were in favor of a cessation in the Saudi aggression against Yemen and a political resolution for the conflict in the impoverished Arab country.

“Many of the foreign ministers with whom I had a meeting placed emphasis on the peaceful resolution of Yemen’s crisis, the necessity of holding inter-Yemeni dialog, and the inefficiency of military methods [to resolve the crisis],” Zarif said.

“Unfortunately, some political pressure makes some countries remain silent on the developments in the region, regardless of their principled stances,” or even cooperate with movements which are against Islam, he added.

He also said that all countries in the meeting urged an end to the military aggression against Yemen and described the attack on Yemen as “unjustifiable”.

On March 26, Riyadh kicked off its deadly aggression against Yemen without a United Nations mandate and with the aim of restoring power to the Arab country’s fugitive former President Abd Rabbuh Mansour Hadi, and weakening the Houthi Ansarullah movement, which currently controls the capital Sana’a and some major provinces.

Yemen’s Freedom House foundation says Saudi Arabia has killed at least 4,021 people, including 576 children and 261 women, and injured 7,017 others in its aggression against Yemen.