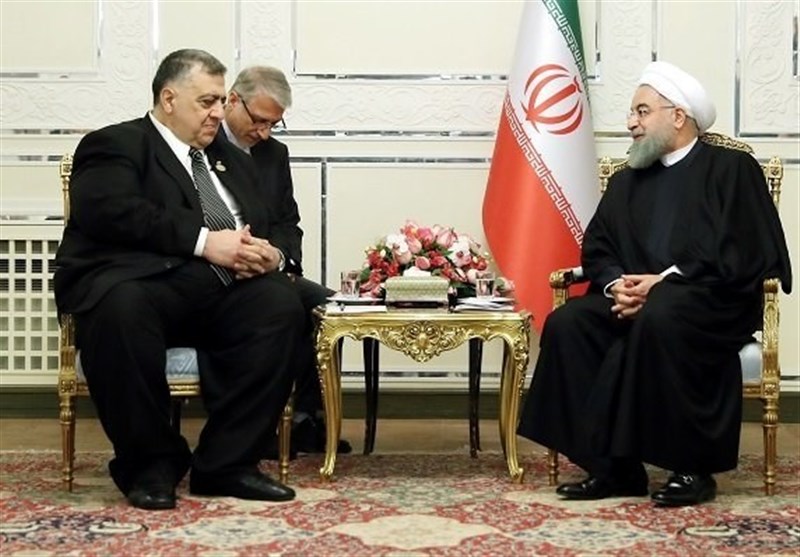 Iranian President Hassan Rouhani denounced the US-led coalition’s plan to create a so-called border force in Syria’s northeast as a violation of international laws and a plot against the Arab country’s territorial integrity.

The American plan to establish a so-called Border Security Force (BSF) in Syria’s border areas “runs counter to international regulations and is a plot against Syria’s territorial integrity and security and the region,” the president said in a meeting with speaker of the People’s Council of Syria Hammouda Youssef Sabbagh in Tehran on Tuesday.

It came after the US-led alliance purportedly formed to fight the Daesh (ISIL) terrorist group announced on Sunday that it was working with Arab and Kurdish fighters to establish the “Border Security Force”, which would be responsible for preventing a “resurgence” of Daesh in areas where the terrorists had been cleared by the Syrian Democratic Forces (SDF), a multi-ethnic alliance of predominantly Kurdish fighters.

The Syrian parliamentarian, for his part, said Damascus would never agree to the presence of US forces in the Arab country and has formally announced that Americans should leave.

Sabbagh also lauded Tehran’s unwavering support for the Syrian government and nation, calling for continued assistance in the process of reconstruction.

In September 2017, Iranian Foreign Minister Mohammad Javad Zarif said on the sidelines of the UN General Assembly that Iran will assist the Syrian nation in reconstructing their country after the war, in the same way that it contributed to the delivery of humanitarian aid to the Arab state amid the crisis.

Syria has been gripped by a civil war since March 2011, with militants from various terrorist groups, including Daesh, pouring into the Arab country.

Throughout these years, Iran has remained a close ally of Syria and supports its legitimate government in the face of foreign-backed militancy.