US Exempts Iran-UK Joint Gasfield from Its Sanctions 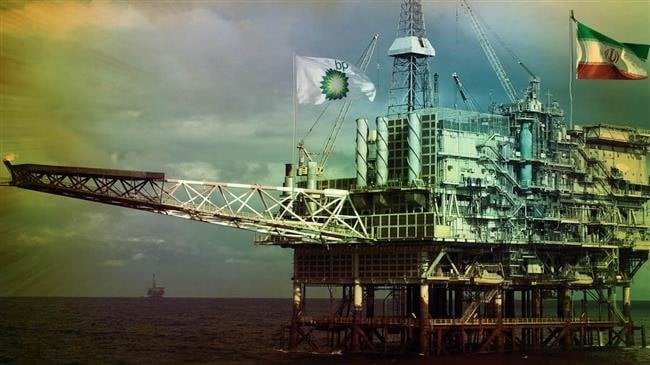 The US administration has beaten its first retreat on planned sanctions against Iran, allowing a gasfield partly owned by the Islamic Republic in the North Sea to keep operating.

The Rhum field northeast of Aberdeen, which supplies around 5 percent of Britain’s gas demand, has now received a new operation license from the US Treasury, UK-listed producer Serica Energy said on Tuesday.

The license also allows Serica to complete its acquisition of BP’s 50 percent stake in the offshore field, making it a new partner of the Iranian National Oil Company which holds the other 50 percent.

Under the license which is valid until October 31, 2019 but may be renewed, Iran’s proceeds from the field will be held in an escrow account while sanctions are in place.

BP announced in May that it had halted work on Rhum as Serica said it was looking to secure a waiver from renewed US sanctions against Iran.

“Subject to the fulfillment of the conditions, the license will allow certain US and US-owned or controlled entities to provide goods, services and support involving Rhum,” Serica said in a statement on Tuesday.

The US Treasury’s Office of Foreign Assets Control (OFAC) “has also provided an assurance that non-US entities providing goods, services and support involving Rhum will not be exposed to to US secondary sanctions”, it said.

“These OFAC actions will enable production from the Rhum field to continue unaffected,” the company added.

Previous US sanctions between 2012 and 2014 forced the Rhum field to shut down.

Rhum was discovered in 1977 by a joint venture between the Iranian Oil Company UK Ltd and BP which has a long history of operation in Iran.

BP started life as the Anglo-Persian Oil Company in 1908 before parting ways with Iran and becoming British Petroleum.

The company shut down Rhum in 2010 even before the West began imposing intensified sanctions on Iran a year later. It resumed production in 2014 after securing an exemption.

US sanctions ban companies from doing business with Iran as well as transactions in dollars. Washington imposed the first round of new sanctions on May 6, with President Donald Trump pledging to zero Iran’s oil exports when the bans “ratchet up to yet another level” in November.

However, a US government official said on Friday the administration is actively considering waivers on sanctions for countries that are reducing their imports of Iranian oil.

The administration is “in the midst of an internal process” of considering exceptions called SRE waivers, or significant reduction exemptions, a government official was quoted as saying.

The climbdown came after doubts grew over Saudi Arabia’s ability to replace Iran’s oil as sought by President Trump.

“Bin Salman’s remarks and such bragging can only satisfy Trump. No one else will believe him. Iran’s oil cannot be replaced by Saudi Arabia nor any other country,” Zangeneh said.

“The price hike in the market is the best evidence to state that … the market faces a supply shortage and it is worried,” he added.

The minister said bin Salman’s remarks in an interview with Bloomberg on Friday were part of a psychological war against Iran and showed Saudi Arabia’s submission to US pressures.

“What the Saudis had been supplying the market with, were not from Riyadh’s spare capacity but from tapping its oil stocks,” he said.