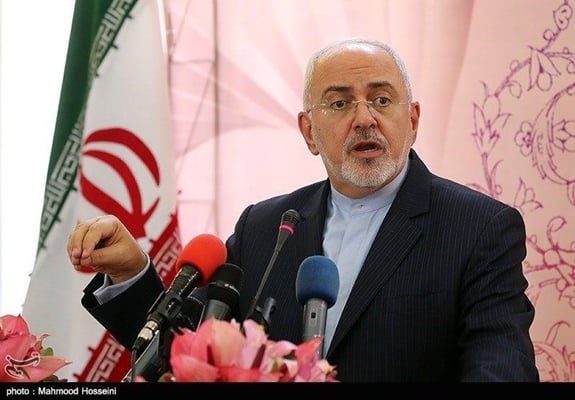 Iranian Foreign Minister Mohammad Javad Zarif says the US deliberately targets civilians through its economic terrorism against independent countries like Iran and Cuba in order to achieve its illegitimate political objectives.

He made the remarks in reaction to his Cuban counterpart Bruno Rodriguez’s tweet, in which he slammed the US’ sanctions against Iran’s maritime entities.

“US sanctions against Iran’s maritime entities are another violation of International Law. US coercive measures preventing the movement of Iranian oil affect the brother peoples of Iran and Syria and threaten Peace in that volatile region,” the Cuban foreign minister said.

Zarif, in response, said Iran “salutes Cuba and stands with it” amid the US sanctions.

He was apparently referring to the US’ bid to seize Iranian tanker Adrian Darya 1, whose captain was recently offered bribe to move the vessel to a country that could impound it on behalf of the US.

A report by The Financial Times revealed Wednesday that the captain received an unusual email from Brian Hook, the US special representative for Iran at the Department of State, in this regard.

Hook reportedly wrote to Akhilesh Kumar on August 26 that the Trump administration was offering him several million dollars to do what the US wants. To make sure the captain did not mistake the email for a scam, it included an official state department phone number.

Zarif on Thursday described the bribery as “shameful” and an indication of the US’ “ethical, political, and operation breakdown”.