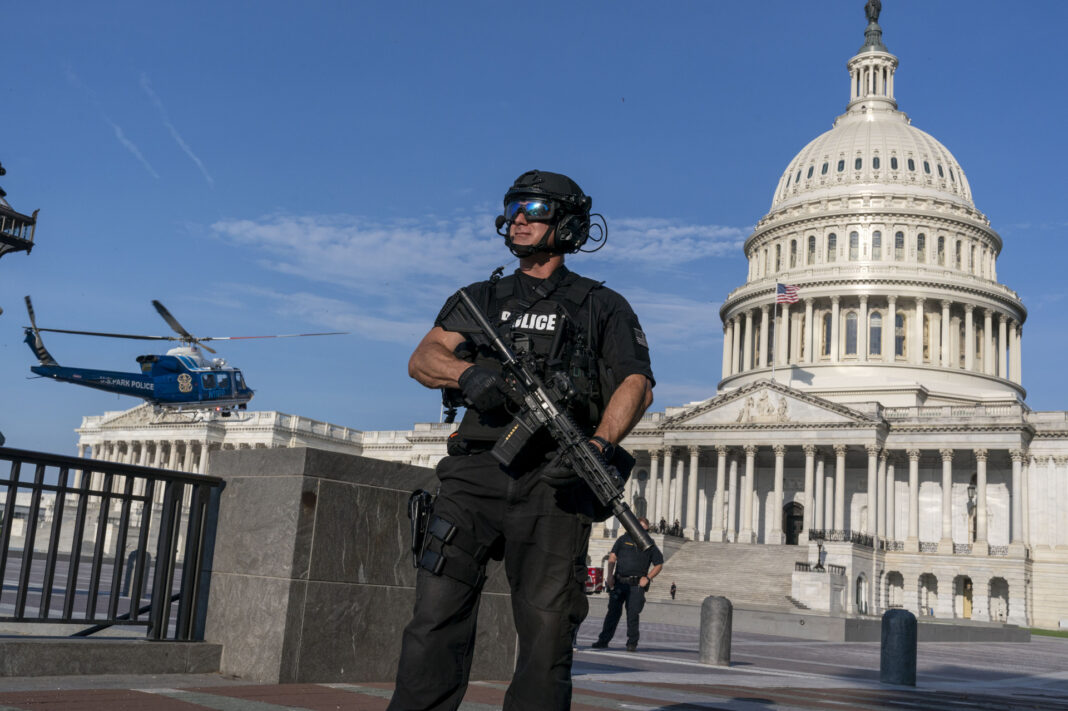 The US Department of Defense announced it was reviewing a request from the Capitol police for assistance ahead of a rally on Saturday calling for the release of Capitol riot defendants, which some on the Hill fear could devolve into violence.

US police have asked the Pentagon to provide National Guard troops as supporters of former President Donald Trump return to Washington for a rally.

Pentagon spokesman John Kirby confirmed the request on Wednesday, acknowledging that it was made in connection with a protest scheduled for Saturday over the alleged mistreatment of suspects in January’s Capitol riot. He added the Capitol Police Department (CPD) is seeking “manpower support” for the rally, and the request is being processed.

The CPD later issued a statement confirming that it had asked the Department of Defense to provide National Guard troops to be deployed should the need arise on Saturday.

About 26,000 National Guard troops were brought to Washington following the riot, and many were kept around the Capitol for months to ensure tight security during and after President Joe Biden’s inauguration. The fence ringing the Capitol was finally taken down in July, six months after the riot, but Capitol Police Chief Thomas Manger told reporters on Monday that it will be going back up for Saturday’s “Justice for J6” demonstration.

An overwhelming security presence may help support the narrative that Trump has incited violent and racist insurrectionists, who are a paramount threat to American democracy. US House Speaker Nancy Pelosi noted on Wednesday that police had made “unprecedented preparations to address another attempt to defile our national purpose”.

It’s not clear how the protesters might threaten the “national purpose”. Only about 700 people are expected to attend Saturday’s event, according to a Department of Homeland Security estimate, and organizers have asked demonstrators not to wear clothing or carry signs supporting either Trump or Biden. The rally will protest over the treatment of more than 600 people arrested in connection with the Capitol riot.

At least six Republican members of Congress held a press conference in late July to decry the fact that hundreds of defendants have remained jailed for months while awaiting trial.

“These are political prisoners who are now being persecuted and bearing the pain of unjust suffering,” Representative Paul Gosar (R-Arizona) said.

Some of the detainees have reportedly suffered abuse at the hands of guards or other inmates. Gosar added some suspects have been held in solitary confinement for up to 23 hours a day.