US’ Call for Talks Not Sincere: Iranian Speaker 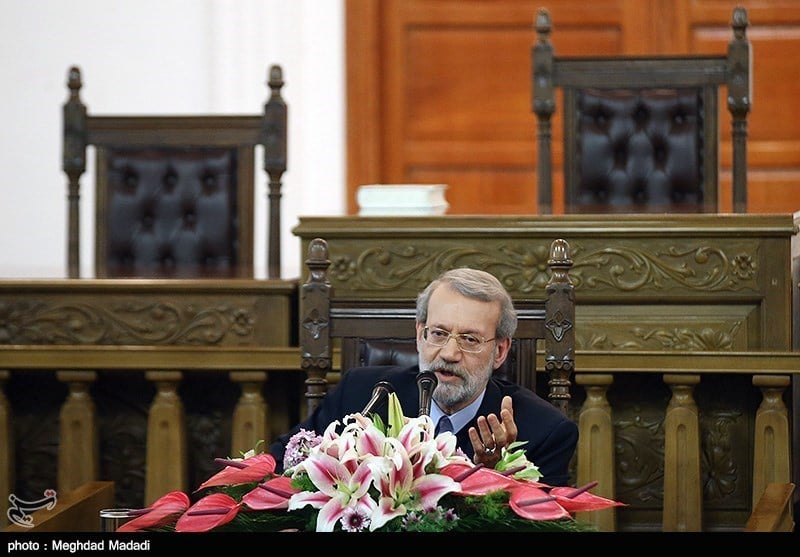 Iranian Parliament Speaker Ali Larijani decried the US call for negotiations with Iran as insincere, saying Washington should first make up for the violation of the 2015 Iran nuclear deal.

Asked about the US president’s expression of readiness for talks with Iran without preconditions, Larijani said at a press conference in Tehran on Monday that Donald Trump makes paradoxical comments about Iran.

The US president has insulted the Iranian nation and made inglorious remarks about Iran, Larijani deplored, adding that Trump has at the same time voiced readiness for negotiations with Tehran.

“Haven’t we already negotiated? When a country breaches an international agreement (the JCPOA)… how would it demand negotiations?” the Iranian speaker said, describing the US call for talks as a tactic that lacks genuineness.

Asked about Iran’s stance on fresh talks with the US, Larijani said the situation is not currently prepared for negotiations, adding that the US seeks to entertain the world but Iran is not seeking “masquerade diplomacy.”

If the US is really after negotiations, it should make up for what it has violated by withdrawing from the JCPOA and show goodwill, the Iranian speaker underlined.

As regards Europe’s commitment to the nuclear deal and whether or not Iran would remain in the JCPOA, Larijani said, “The Europeans were insisting that Iran should not withdraw from the deal and made commitments, but did not honor their commitments.”

He said Iranian diplomats are still negotiating with Europe on the fate of the JCPOA.

On May 8, Trump pulled his country out of the JCPOA, which was achieved in 2015 after years of negotiations among Iran and the Group 5+1 (Russia, China, the US, Britain, France and Germany).

In comments in August, Leader of the Islamic Revolution Ayatollah Seyed Ali Khamenei roundly dismissed the idea of negotiations with the US, saying dialogue with a bullying regime that uses talks as a tool for pursuing its hostile policies is forbidden and would be detrimental to Iran.