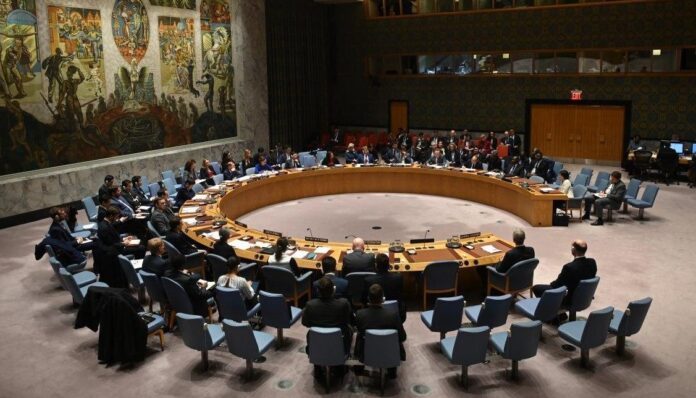 Iran’s Foreign Ministry spokesperson says the UN Security Council president’s assertion that the US’ push to restore the UN sanctions on Iran is null and void indicates that the American attempt would have dire legal consequences.

In an interview with IRIB on Wednesday, Spokesperson for the Ministry of Foreign Affairs of the Islamic Republic of Iran Saeed Khatibzadeh hailed the UN Security Council’s opposition to Washington’s ploys against Iran.

“The truth is that the United States once again suffered another historic defeat last night at the (UN) Security Council, after the August 14 failure when it had called for the extension of the arms embargo on the Islamic Republic of Iran and was facing opposition from the (UNSC) Member States,” he said.

“The US once again faced opposition from all UNSC Member States on August 20, when it handed out a notification to the members,” the spokesperson added.

“The fact that president of the Security Council reads such statement announcing that the US’ demand is null and void would have very serious legal consequences,” he emphasized.

“The United States is very angry and upset at the last night’s incident, to the extent that the US ambassador to the United Nations has even attacked the European allies and has called them partners of Iran,” the Iranian diplomat said.

“What happened was the eighth or maybe the ninth failure for the United States over the past months. However, we hope that our JCPOA partners and the Security Council’s permanent and non-permanent Member States would continue to show that they won’t let the US to abuse the Security Council with intimidation, employ it as an instrument, and violate and break the international law,” the spokesman concluded.

Last week, US Secretary of State Mike Pompeo said Washington had formally notified the UN that it wants all sanctions on Iran restored, claiming Iranian violation of the 2015 nuclear deal, from which Washington withdrew in 2018.

Last night, the Indonesian president of the UN Security Council rejected the Trump administration’s demand to restore all UN sanctions against Iran, saying the council was “not in the position to take further action” on Washington’s bid to trigger the snapback mechanism in the JCPOA.