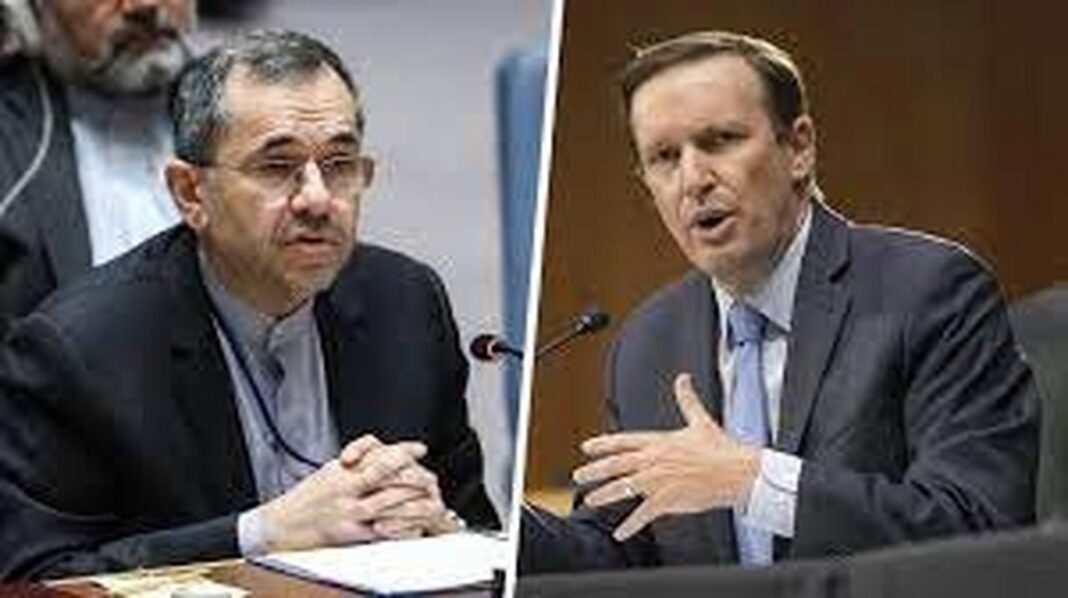 Keyhan newspaper warns against falling into “US trap”

The United States has called on Iran to convince the Palestinian resistance movement Hamas to agree to a ceasefire and stop its retaliatory rocket attacks against Israel.

That came in a virtual meeting between US Democratic Senator Chris Murphy and Iranian Ambassador to the UN Majid Takht-Ravanchi on Tuesday, according to Iranian press attaché at the UN Shahrokh Nazemi.

During the talks, the Iranian diplomat touched upon the Vienna talks and underlined the need for the lifting of all US sanctions imposed under different titles, saying the removal of sanctions holds the key to settling the issue.

In the meeting, added Nazemi, the Iranian side also highlighted Iran’s stance that the Yemen conflict should be settled through peaceful means.

“Any solution to the [Yemen] crisis should guarantee the lifting of the blockade on people, the unrestrained dispatch of humanitarian aid and a ceasefire,” Nazemi quoted Ravanchi as saying.

“As for the Israeli regime’s crimes against Palestinian people, it was stressed that the recent conflict [in occupied Palestinian territories] was prompted by Tel Aviv’s provocation, and has continued with the killing of Palestinian people,” Iran’s press attaché added.

“But by supporting Israel, the US government has, in recent days, blocked the passage of even a single press statement by the UN Security Council about a ceasefire,” Nazemi added.

Earlier, Murphy’s office had quoted the senator as saying that he had, in the meeting with Takht-Ravanchi, asked Iran to attend the nuclear talks seriously and urgently, pressure Houthis to end the Yemen war, ask Hamas to agree to a ceasefire and end its rocket strikes against Israel, and release Iranian-American national Morad Tahbaz from prison.