US Animosity Towards Iran Outcome of Its Independence, Support for Palestine: Nasrallah 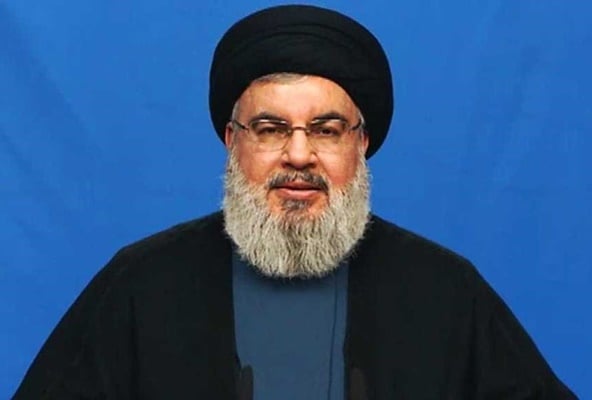 The long-standing US animosity towards Iran has its roots in the country’s genuine independence and its relentless support for the Palestinian cause, says the Hezbollah chief.

Addressing a ceremony commemorating the 40th anniversary of the victory of the Islamic Revolution in Beirut on Wednesday, Seyyed Hassan Nasrallah said the revolution was the starting point of a new era in the region.

The revolution toppled the US-backed regime of Mohammad Reza Pahlavi, the worst dictatorship in the region, if not the worst one in the world, he said.

The main reason behind US animosity towards Iran is the country’s independence and homegrown power, he said.

The second reason, Nasrallah said, is Iran’s position on regional developments, particularly its support for the Palestinian nation.

Nasrallah said the Pahlavi regime had made Iran a client state, as thousands of American advisors were in charge of affairs in the country.

But the revolution managed to expel the US and its advisors from Iran, he said.

Nasrallah said the post-revolution Iran has become a major producer of science, being among top ten countries in the world.

Iran has made great progress in high-tech fields such as the nanotechnology and medical equipment, Nasrallah said.

In the defence sector, the pre-Revolution Iran was a major purchaser of expensive US equipment, he said.

However, after the revolution, over 90% of Iran’s military equipment are homegrown and the country exports over $5 billion worth of weaponry.

Regional Crises Part of US War

Nasrallah said the crises in the region are not part of an Israel-Iran war or a Saudi-Iran conflict.

The Hezbollah chief said Saudi Arabia is in no position to engage in a war with Iran by itself, and it’s merely a tool used by the US in its battle against Iranian.

US Will Be Defeated

The Hezbollah chief said the US and Israel have suffered numerous defeats in their confrontation with Iran since the 1979 revolution, and eventually they will be crushed.

“The clashes in the region will continue and might take other forms, but you should know that Iran is the most powerful country in the region and the resistance axis is in its best form,” he said.

“The US must make more withdrawals and pull out of the region. Israel should experience greater fear and defeats,” he said.

Mideast Governments Ought to Befriend Iran

Nasrallah urged regional governments to befriend Iran, saying the country is ready to lend a helping hand and promote Muslim unity in the region.

The Lebanese leader said some Arab government are trying to vilify the Iranian government, while they are the worst governments in the region.