UN under Fire for Removing Saudi-Led Coalition from Blacklist 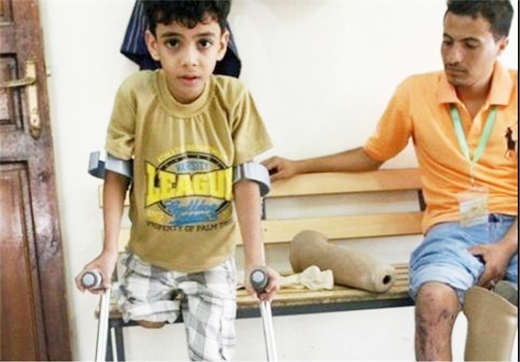 The United Nations was forced to defend its decision to remove the Saudi-led coalition fighting in Yemen from a blacklist of children’s rights violators after rights groups expressed their dismay.

UN spokesman Stephane Dujarric insisted on Tuesday June 7 that no final decision had been made, and that the coalition had been taken off the list pending a review that is expected to be completed before August.

“I don’t think it’s a reversal of policy,” Dujarric told reporters. “We will see what the review is and we will adjust the list as needed.”

Human Rights Watch and Amnesty International blasted Secretary-General Ban Ki-moon over the decision, accusing him of caving in to Saudi pressure and damaging the world body’s credibility.

In its annual report on children in armed conflict published on Thursday, the United Nations added the coalition to its list of shame after concluding it was responsible for 60% of the 785 children killed in Yemen last year.

Saudi Arabia reacted angrily and demanded that the report be “corrected.”

Saudi Ambassador Abdullah al-Mouallimi said the number of child deaths blamed on the coalition was “wildly exaggerated,” and later proclaimed that the decision to be taken off the list was “irreversible.”

Dujarric said the United Nations stands by the content of the report, but was willing to review information that the coalition “insists is important for our analysis.”

“We stand by everything – every fact and figure that is in the report,” said the spokesman, AFP reported.

Human Rights Watch charged that Ban had capitulated to Saudi pressure after the United Nations itself had extensively documented the coalition’s airstrikes on schools and hospitals in Yemen.

“As this list gives way to political manipulation, it loses its credibility and taints the secretary-general’s legacy on human rights,” HRW’s deputy director Philippe Bolopion said.

Amnesty International slammed what it called “shameful pandering” to the Saudi-led coalition.

“It is unprecedented for the UN to bow to pressure to alter its own published report on children in armed conflict,” the head of Amnesty’s UN office, Richard Bennett, said in a statement.

“Blatant pandering such as this undermines all of the UN’s work to protect children caught up in war,” he said.

The war has left some 6,400 people dead, with more than 80% of the population in desperate need of humanitarian aid, according to the UN.