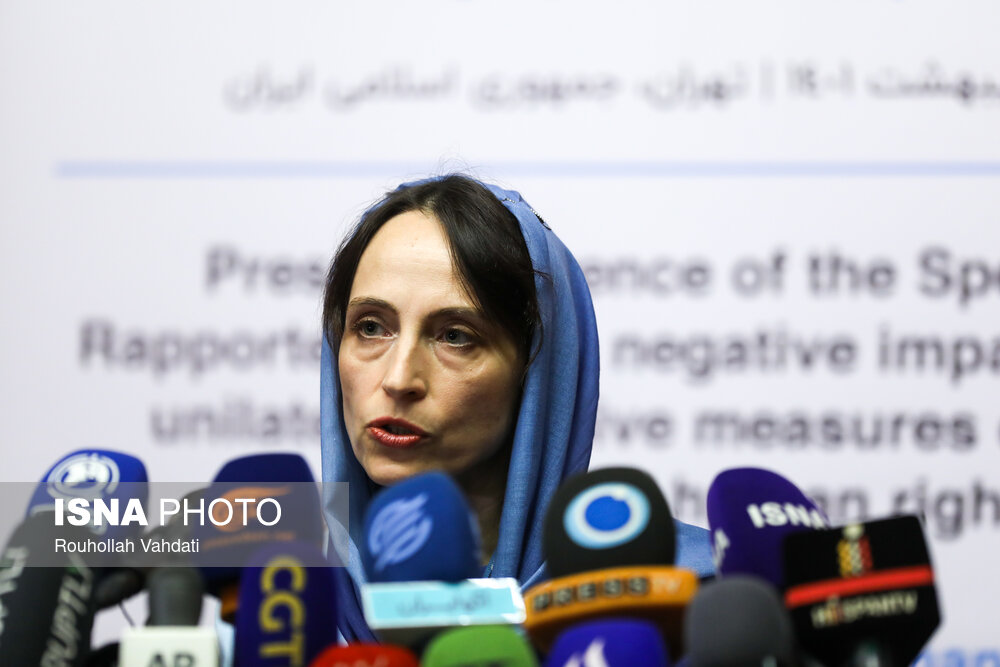 This was announced by Ms. Douhan, the UN Special Rapporteur on the negative impact of the unilateral coercive measures on the enjoyment of human rights in Tehran on Wednesday.

She added that the bans have been in place since the 1970s, noting that the US sanctioned Iran’s Central Bank and some other banks after unilaterally leaving the Iran 2015 nuclear deal.

The UN special Rapporteur noted that 100 to 120 billion dollars in Iranian assets have been frozen by the US and over 700 real and legal persons are on Washington’s sanctions list.