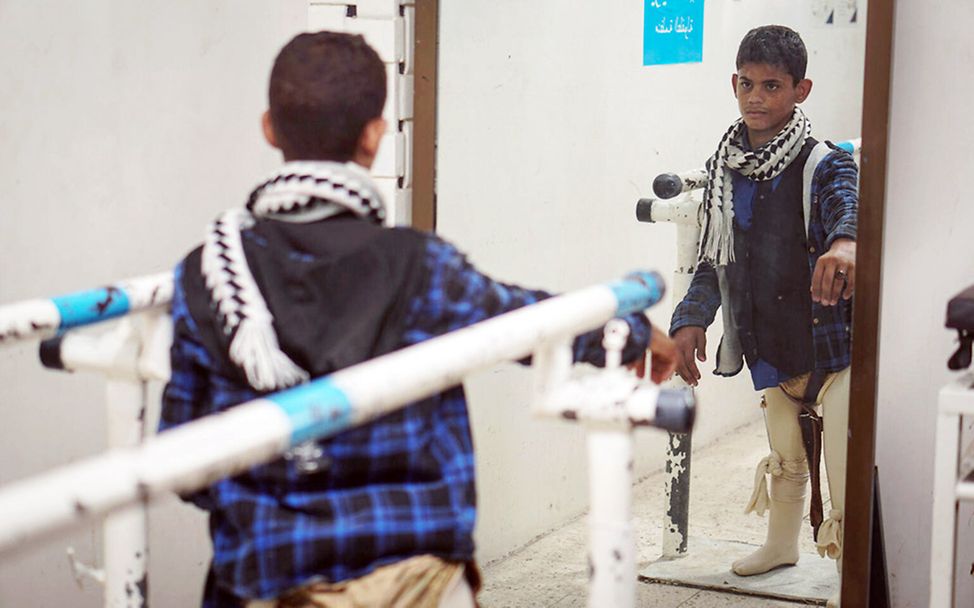 The United Nations has confirmed that 10,200 children have been killed or injured since the start of the Saudi-led war on Yemen in 2015.

At least 47 children were reportedly killed or injured in several locations in Yemen in the first two months of this year alone, Philippe Duamelle, UNICEF Representative in Yemen, said in a statement released March 12.

The UN has verified that more than 10,200 children have been killed or injured since conflict first escalated in Yemen in March 2015.

“The actual number is likely much higher,” Duamelle added.

“Violence, misery and grief have been commonplace in Yemen with severe consequences on millions of children and families,” he continued.

“It is high time that a sustainable political solution is reached for people and their children to finally live in the peace they so well deserve,” he noted.

The health and socio-economic impacts of the COVID-19 pandemic have further compounded the humanitarian needs in Yemen. Half the population, including more than 11 million children, requires support to access safe water, health care, nutrition, education and protection.

UNICEF’s ongoing response in the country is a dual approach that combines direct, lifesaving assistance with system strengthening.

It is a balancing act integrating humanitarian interventions with development programming, requiring a nuanced approach — and dedicated donor support.

The needs have never been more acute. UNICEF’s program goals in Yemen for 2022 include working with local partners to reach:

UNICEF continues to call on all parties to the conflict in Yemen — and those with influence over those parties — to protect civilians wherever they are.

“Children’s safety, their well-being and protection must be safeguarded at all times,” Duamelle stressed.

On Friday, the United Nations Children’s Fund (UNICEF) warned that millions of Yemeni people are at risk of famine as a result of the country’s years-long military conflict and sharp deterioration of its economy, calling for urgent action.

“Children in Yemen are starving not because of a lack of food, but because their families cannot afford food,” the UNICEF said in a statement posted on Twitter.

The UN organization added that “the impact of the economic collapse on the humanitarian crisis in Yemen cannot be understated.”

“Without urgent action, millions could be plunged into famine,” it warned.

Saudi Arabia and its allies launched a war against the Arab world’s most impoverished nation in March 2015.

The war has been seeking to restore power in Yemen to Riyadh’s favorite officials. The war has left hundreds of thousands of Yemenis dead and displaced millions more.

It has also destroyed Yemen’s infrastructure and spread famine and infectious diseases there.