UN chief calls for removal of US sanctions on Iran 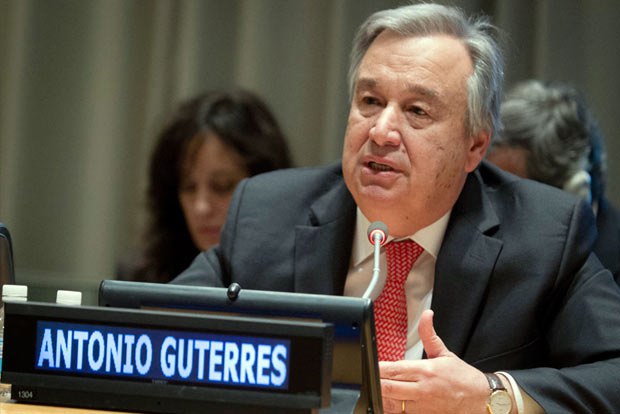 The United Nations Secretary General Antonio Guterres has welcomed Vienna talks between Iran and the P4+1 countries, calling for removal of the US sanctions against Tehran under the 2015 nuclear deal and Security Council resolution 2231, which endorsed it.

The UN secretary general says the negotiations for the return of all parties to the accord to their commitments should be sped up.

He says the US should end its unilateral sanctions against Iran to ensure the economic benefits of the JCPOA for the country.

The UN chief also says removal of sanctions on Iran’s oil sector will specifically help revive the accord, expressing regret over Tehran’s rollback of its relevant nuclear commitments.

The report also mentions the correspondence by the western governments and Israel on Iran’s missile program and their claims that it breaches the terms of the resolution 2231.

Guterres also touches on Iran’s response on the legitimate and conventional nature of the defensive missile program of Iran.

The report, together with the six-month report of the facilitator on the implementation of Security Council resolution 2231, will be discussed during the Tuesday meeting of the council.

The session will be held with the presence of Iran’s ambassador to the UN Majid Takht Ravanchi.

The report comes amid the seventh round of the Vienna talks on removal of the US sanctions on Iran and revival of the nuclear deal.