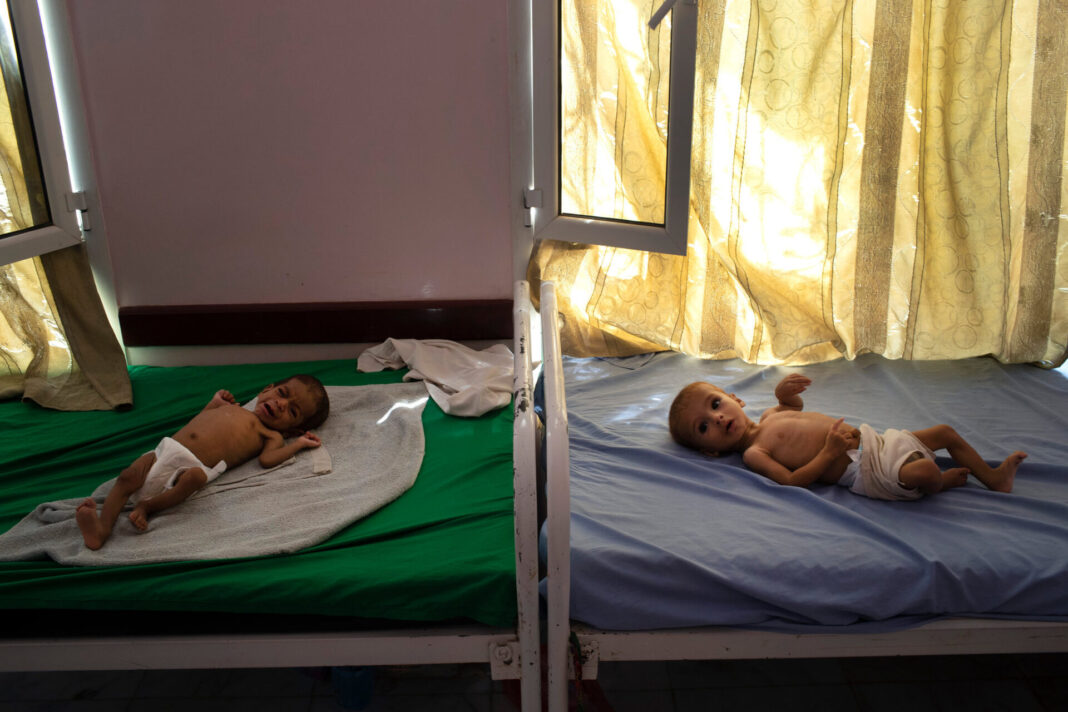 The United Nations Children’s Fund (UNICEF) has reported at least 10,000 children have been killed or maimed in Saudi-led Yemen war. The body also announced four out of every five kids need humanitarian assistance in the war-ravaged country.

The protracted war in Yemen has killed or maimed at least 10,000 children since the conflict began in March 2015, which is equivalent to four children every day, according to the UN children’s agency.

At a media briefing in Geneva on Tuesday, James Elder, a spokesperson for the UNICEF said these are the cases verified by the agency, while the actual toll could be much higher.

Elder, who recently returned from his visit to Yemen, stated he met scores of people affected by the six-year war, warning that the country was “on the brink of total collapse.”

Yemen, situated on the southwestern corner of the Arabian Peninsula, has been beset by violence and chaos since 2015, when Saudi Arabia and its allies launched the devastating war to reinstall the former regime of Abd Rabbuh Mansur Hadi in Sana’a. The prolonged war has killed hundreds of thousands of Yemeni civilians and spawned the worst humanitarian catastrophe in modern world history.

The UNICEF spokesperson noted the agency urgently needs more than $235 million to continue its life-saving work in the country till mid-2022; otherwise, it will be forced to wind up its operations.

“Funding is critical. We can draw a clear line between donor support and lives saved. But even with increased support, the war must come to an end,” the UN official stated. “At the current funding levels, and without an end to fighting, UNICEF cannot reach all these children. There is no other way to say this, without more international support, more children – those who bear no responsibility for this crisis – will die,” he warned.

He said four out of every five children need humanitarian assistance in the country, which accounts for more than 11 million kids. At the same time, 400,000 children continue to suffer from acute malnutrition, more than two million children are out of school and another four million are at the risk of dropping out, he noted.

Elder added 1.7 million children have been internally displaced because of violence, and numbers are mounting with the recent escalation in the strategic city of Ma’rib.

A staggering 15 million people, more than half of whom are children, do not have access to safe water, sanitation, or hygiene, the official said, adding that the agency is providing many services to people in the crisis-stricken country but the severity of the humanitarian situation “cannot be overstated.”

“The economy is in a critical condition. GDP has dropped by 40 percent since 2015, when the violence escalated. Huge numbers of people have lost their jobs, and family incomes have plummeted. About one-quarter of people – including many medical workers, teachers, engineers, and sanitation workers – rely on civil servant salaries that are paid erratically, if at all,” Elder added.

Pointing to the lack of means to procure food, he said children in Yemen are not starving because of “a lack of food,” but because their families “cannot afford food.”

“Yemen is the most difficult place in the world to be a child. And, unbelievably, it is getting worse,” he continued.

In August, the UN agency said one child was dying every 10 minutes in Yemen of preventable causes, including malnutrition and vaccine-preventable diseases.

“More than six years ago, adults started a war in Yemen. They did so despite knowing the terrible toll that violent conflict exacts on children,” UNICEF executive director Henrietta Fore told a UN Security Council meeting.

“The war in Yemen, now in its seventh year, has created the largest humanitarian crisis in the world – one made worse by the public health and socioeconomic consequences of the COVID-19 pandemic,” Fore added in corroboration of the situation that has afflicted the country.

Multiple UN-brokered talks between the warring sides have failed to produce a breakthrough over the years as Saudi-backed foreign mercenaries have sought to inflict harm on the people of Yemen. While the Saudi-led coalition continues to lose large swaths of territory it had occupied following the 2015 invasion, Yemeni armed forces and the allied Popular Committees continue to grow in strength.