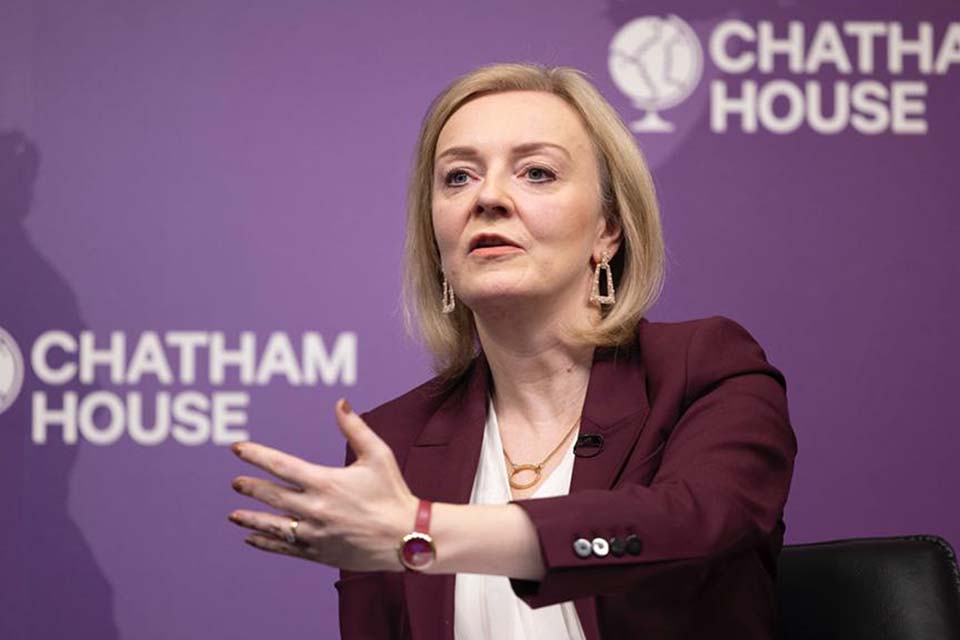 The foreign secretary was asked about the amount at a Chatham House event on Wednesday, where she set out her foreign policy aims.

Truss stated the government was going to “work night and day to prevent the Iranian regime from ever getting a nuclear weapon”.

Iranian officials have stressed the country “has not been and is not after nuclear weapons” and the nation will keep on paving the path of peaceful nuclear energy and technology. Tehran has also called on the world for the total elimination of nuclear weapons throughout the world.

But she noted they were also working to “resolve the issue” over the debt – relating to a cancelled order for 1,500 Chieftain tanks dating back to the 1970s – which has been linked to the continued detention of Nazanin Zaghari-Ratcliffe and other UK-Iranian dual nationals held in the country.

Tehran has repeatedly stressed the case of the British-Iranian woman is not linked to UK’s debt to Iran.

Truss said, “We do want to pay this debt, we recognize it’s a legitimate debt, adding, “But of course, there are lots of issues, which I’m sure you are quite well aware of.”

She added that she had spoken to her Iranian counterpart, but said, “It is not simple, for various reasons.”

And she stated, “I’m also pressing for the return of our unfairly detained British nationals, including Nazanin.”

Truss also warned Iran that a meeting in Vienna on Thursday was the country’s “last chance” to revive a nuclear deal.

The Foreign Secretary previously said a meeting at the end of November was the country’s last opportunity to agree to the original JCPOA (Joint Comprehensive Plan of Action), known as the Iran nuclear deal.

On Wednesday, she stated that “this is really the last chance for Iran to sign up, and I strongly urge them to do that, because we are determined to work with our allies to prevent Iran securing nuclear weapons.

“So they do need to sign up to the JCPOA agreement. It’s in their interest,” the diplomat added.

Tehran has recently slammed the joint memo by the British foreign secretary and the Israeli foreign minister in The Daily Mail, saying some European countries are not serious in nuclear talks.

“The fact that the British foreign secretary, on the eve of the Vienna talks publishes a joint memo with a party, which from the day one has put all its efforts into preventing the JCPOA from being signed and for the nuclear deal to be eliminated and even today is the main opponent of the negotiations in Vienna and the revival of the JCPOA, when you see this arrangement, you realize that, at least, some European countries are not in Vienna with the required will for removal of the sanctions,” Iran’s Foreign Ministry Spokesman Saeed Khatibzadeh stated in late November.

“Moreover, this shows not only some of these countries are not serious, but they are also preparing grounds so that these talks and negotiations expand so that the implementation of the JCPOA does not take place effectively. This is fully clear. Tell me with whom you’re friends with, I tell you who you are,” he added.

Khatibzadeh was referring to the article by Truss and Yair Lapid in which they vowed to “work night and day to prevent the Iranian regime from ever becoming a nuclear power.”