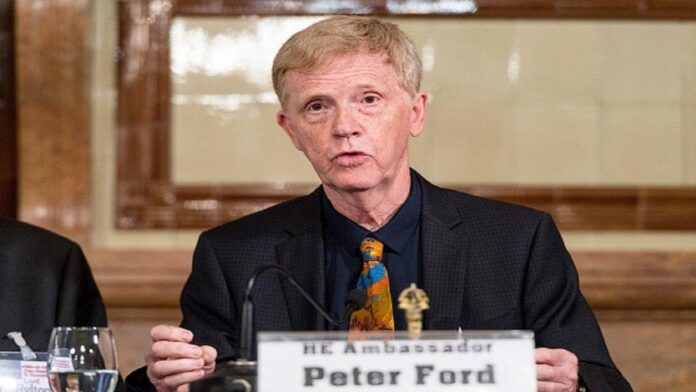 The United Kingdom’s former envoy to Bahrain Peter Ford says the island state has almost become a colony of Saudi Arabia and the US which exactly follows their foreign policy on regional affairs, including the issue of Iran.

Speaking in an interview with Lebanon’s Al-Mayadeen television network, Ford said that Bahrain “[has] almost turned into a Saudi and American colony.”

According to him, such a transformation took place following the Arab Spring protests that broke out in the country, when Saudi Arabia and the US helped Manama cope with them, Sputnik reported.

The former envoy claims that Bahrain’s ruling royal dynasty is afraid that protests may re-emerge and is therefore sticking to the policies of the two states that helped it in the past.

Ford believes this explains why Manama is repeating Riyadh and Washington’s anti-Iran rhetoric and blames Tehran for fuelling the protests in Bahrain.

The ex-envoy also noted that Bahrain should stay away from regional disputes, since it would most likely suffer greatly if a conflict were to break out.

The popular protests began in Bahrain amid the events of the Arab Spring, mostly led by the local Shiite majority.

According to human rights activists, the clashes between demonstrators and police led to the deaths of 13 policemen and some 80 protesters. Bahrain’s government requested Saudi Arabia’s assistance in dealing with the riots and as of March 14, 2011, Saudi Arabia sent roughly 1,000 of its troops to the Arab state.

Manama has blamed Tehran for supporting the protesters, but Iran has strongly denied the allegations.