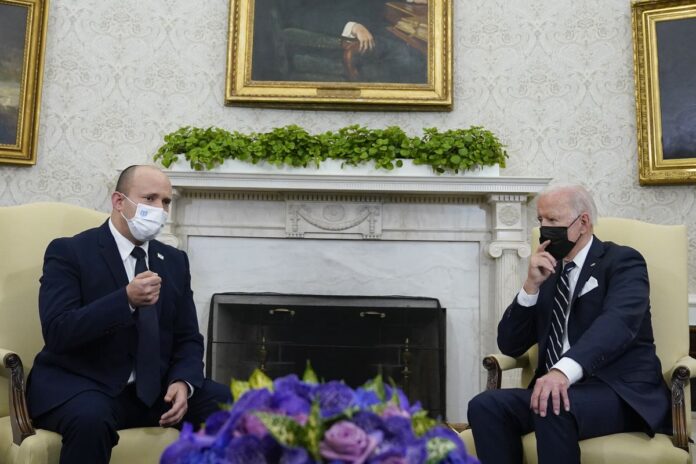 It is the first time a top-secret U.S.-Israel strategic working group on Iran has convened since the new Israeli government took office in June.

The meeting last week was held via a secure video conference call and led by national security adviser Sullivan and his Israeli counterpart, Eyal Hulata.

The Israeli side stressed the need to move ahead with a “plan B” on Iran due to the stalemate in diplomatic talks and Iran’s nuclear acceleration.

The U.S. side stressed that it was also concerned about the stalemate and said Washington would impose additional sanctions on Iran if talks don’t resume soon, an Israeli official told Axios.

A White House spokesperson told Axios that the U.S. “remains engaged in ongoing consultations with the Israeli government on a range of issues related to the challenge posed by Iran”.

A spokesperson for Iran’s Foreign Ministry stated on Tuesday that Tehran would be ready to resume Vienna nuclear talks in a few weeks.

Iranian foreign minister Hossein Amir Abdollahian met on Tuesday in New York with the EU’s top diplomat, Josep Borrell, and will meet this week with the foreign ministers of Germany, France and the U.K. to discuss a possible resumption of the Vienna talks