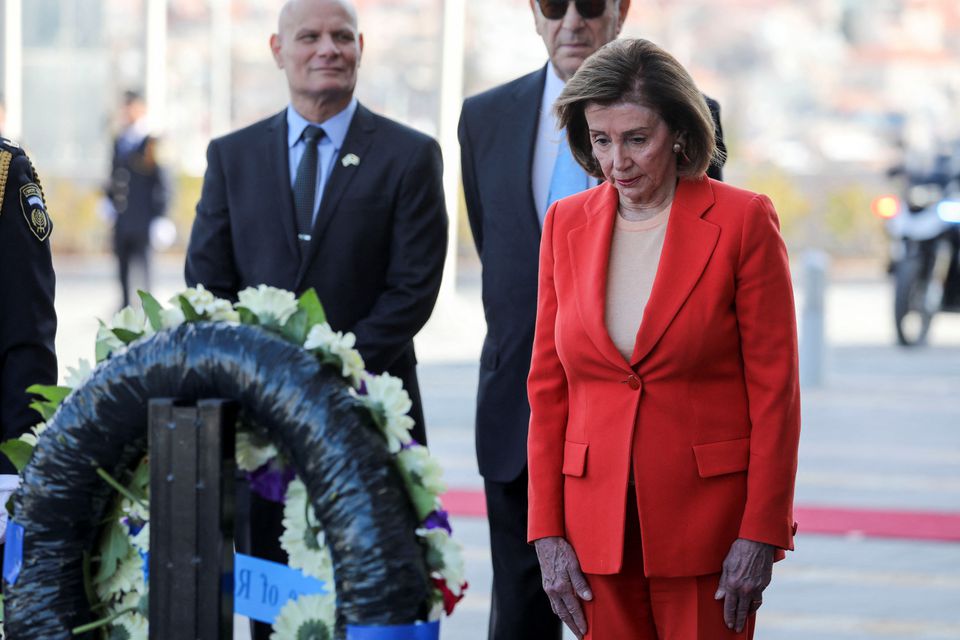 U.S. House of Representatives Speaker Nancy Pelosi landed in Jerusalem on Wednesday as part of a Congressional delegation. She reiterated the United States' "iron clad" support for Israel's security.

Washington support for Tel Aviv remains “ironclad”, Pelosi told members of Israel’s parliament Wednesday, despite deep differences between the nations on Iran, peace with the Palestinians and other issues.

Pelosi stuck to what the U.S. and Israel have in common, particularly on their desires to rein in Iran’s nuclear capabilities and find a path toward peace with the Palestinians.

“The U.S. remains ironclad, I keep using that word, in our support of Israel’s security and its regional stability,” Pelosi said with her counterpart, Knesset Speaker Mickey Levy, standing nearby.

The face-to-face diplomacy came at a tense time in the nations’ relationship as talks about a deal to rein in Iran’s nuclear capabilities drag on in Vienna. U.S. President Joe Biden campaigned on renewing and expanding the Iran nuclear deal after former President Donald Trump, with strong encouragement from then-Prime Minister Benjamin Netanyahu, withdrew the United States in 2018.

Israel has said it will not be bound by any international agreement concerning Iran’s nuclear program, and says it is prepared to take military action if needed to prevent Tehran from obtaining nuclear arms.

Iran denies seeking nuclear weapons, stressing it wants to master nuclear technology for peaceful purposes. Iran has repeatedly warned that any mistake by Israel will be met with Tehran’s crushing response.

Standing before a vibrant mural in the Knesset’s Chagall Hall, Pelosi stated Israel and the U.S. remain concerned about the same threat from Iran and its “proxies”.

“We are together in the fight against terrorism posed by Iran, both in the region and also its nuclear development,” she continued, adding, “The nuclear threat of Iran is a global one…Israel’s proximity to Iran is of concern to all of us.”

In early February, KAN reported a U.S. military official was present during an Israeli simulated drill preparing for an assault on Iranian nuclear facilities using dozens of warplanes.

Iranian officials have also stressed the country reserves the right to respond to any adventurism by the United States and Israel.