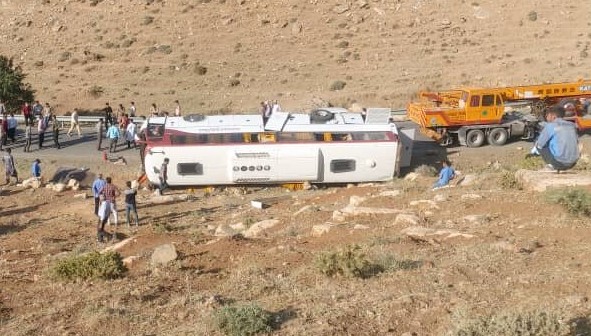 Two Iranian female journalists travelling to West Azerbaijan province to report on the revival of Lake Urmia were killed and 17 others were injured after their bus overturned.

The bus, which was packed with local journalists, was reportedly on its way from Tehran to Lake Urmia in northwestern Iran to report on its revival process, when the accident took place.

Reyhaneh Yassini, a reporter working for the Islamic Republic News Agency (IRNA), and Mahshad Karimi who worked for the Iranian Students News Agency (ISNA), were the two journalists killed in the incident.

The injured journalists were shifted to nearby hospitals in West Azerbaijan, with some reported to be in critical condition.

In a letter of condolences, Iranian President Hassan Rouhani expressed deep regret over the incident, and called for a probe into the incident.

The police says the bus driver has told the journalists the car’s brakes were not working, and that they fasten their seat belts before falling down a valley.