Turkish President in Tehran for Talks with Iranian Officials 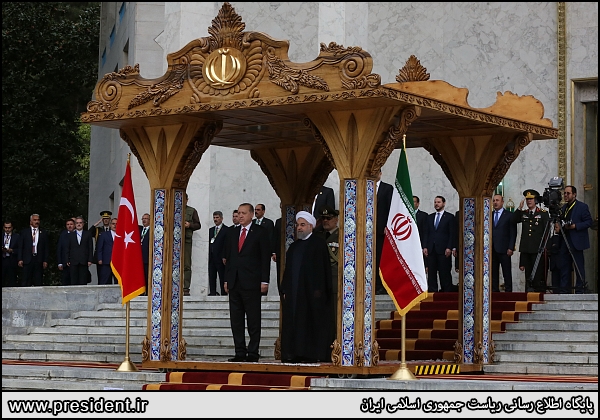 Turkish President Recep Tayyip Erdogan has arrived in the Iranian capital, Tehran, for discussions with the country’s senior officials on issues of bilateral and regional significance.

Erdogan is accompanied by a high-ranking delegation of four Turkish cabinet ministers of economy, energy, customs and culture as well as Turkish investors and business owners.

Apart from political issues, bilateral economic ties will top the agenda of the planned talks between the Iranian and Turkish officials.

The two neighboring countries are key economic partners and plan to enhance their annual trade volume to $30 billion.

According to the head of Iran-Turkey Commerce Chamber, Reza Karami, Iran-Turkey trade volume in the first eight months of 2017 was over $7.25 billion. During the period, Iran’s exports to Turkey amounted to $5.15 billion, while imports from the country reached $2.1 billion.

Akar’s visit followed a trip by Chief of Staff of the Iranian Armed Forces Major General Mohammad Baqeri to Turkey in mid-August.

Erdogan’s visit, his second in three years, comes at a critical juncture on the regional political stage.

Both Iran and Turkey have raised concerns about a secession push by Iraq’s semi-autonomous Kurdistan region.

The Kurdistan Regional Government has come under international scrutiny for holding an independence referendum slammed by Baghdad as unconstitutional.

Iran and Turkey, along with Russia, have also been mediating a peace process between the warring sides in Syria aimed at ending the deadly crisis plaguing the Arab state.