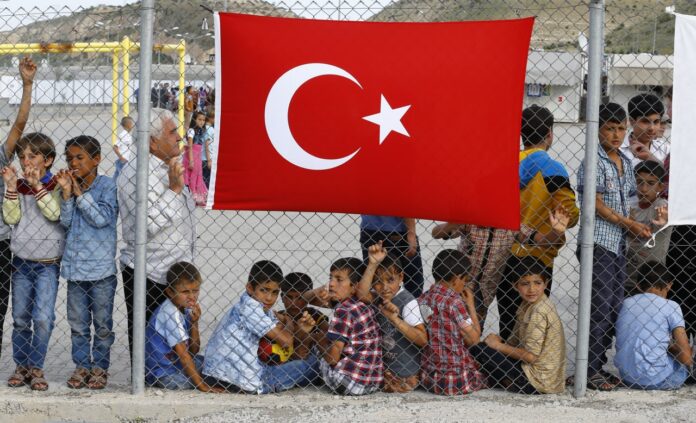 The leader of the Turkish opposition says if his party comes to power after the elections in this country, he will send back the Syrian refugees to their country.

Kemal Kılıçdaroğlu, the leader of the Republican People’s Party of Turkey (CHP) and the leader of the Turkish opposition, said in a statement that if his party wins the 2023 presidential and parliamentary elections, he will send back Syrian refugees within two years.

“I am addressing Europe and the world. Do not compare me with Erdogan. I am one of those who participated in the Turkish War of Independence.

No one can turn our country into a free prison for refugees. I tell you that very difficult negotiations await you,” Kılıçdaroğlu stressed.

He also noted in a tweet that his call to the EU, which claims to attach great importance to human rights, is to bear the burden together.

The leader of the Republican People’s Party, said in a video published on his Twitter account that according to official figures, 3.6 million Syrians live in Turkey.

“We can clearly see this density in the cities bordering Syria. In some provinces, the number of Syrian citizens is higher than the number of Turkish citizens. Unemployed citizens are complaining about the Syrians, and we can face bigger problems that cannot be solved at a later stage.

We have to solve this problem; they (the ruling party) have not solved this problem and they do not have the power, but we will resolve it in the future.”

Kılıçdaroğlu further added that his party will first improve relations with the Syrian government and then reopen the embassies.

The leader of the Republican People’s Party of Turkey also stated that “I told the Europeans that you should pay and build schools, hospitals and roads for the Syrians, then we will send them to their country.”

This is not a racist act. The Syrians are our relatives, but they will be happy to live in the country where they were born. We will send them back to live in peace and tranquillity in their country, God willing. As soon as we come to power, we will end the refugee crisis in just two years, he underscored.

Turkey hosts around 3.6 million Syrian refugees that have fled war in their homeland.

Ankara has also been militarily involved in the fighting in northwestern Syria, and has supported Syrian opposition. Many of the areas targeted by Turkish forces were predominately Kurdish, prompting accusations of ethnic cleansing and forced demographic change.