Turkey Wants to Redeem Itself in Syria Issue: Analyst 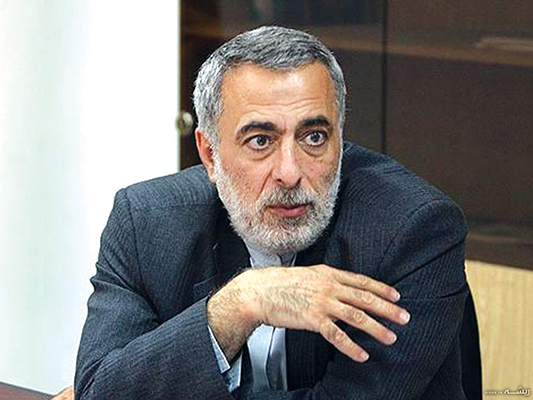 A political analyst and a former envoy to Syria says Turkey seems to be cooperating to help Syria peace talks move forward and bear fruit in an effort to improve its image.

In an exclusive interview with IFP, Hossein Sheikholeslam, a former Iranian ambassador to Syria and an advisor to Iran’s Foreign Minister Mohammad Javad Zarif, says the Astana talks aimed at settling the Syria crisis are going well.

He also noted the negotiations are a good opportunity for Ankara to make up for its past mistakes.

Here is the full text of his remarks in the Farsi interview:

The achievements made in the course of the Syria peace talks in Astana, Kazakhstan, are the result of a balance established in the wake of the resistance front’s victory against militants in Aleppo, Syria. Until government forces made gains in Aleppo, terrorists, and their advocates were hopeful about Syria’s disintegration.

When Aleppo was besieged, sponsors of the terrorists trapped there had two options. One option was for them to concede defeat and relocate the militants to Idlib in order to save all the investment they had made in training and equipping the terrorists over the past six years. Of course, this is the policy we have been pursuing from the outset: To relocate all militants to Idlib and later on consider what to do about the situation. Well, this is an important issue which we won’t discuss for now.

The second choice was to stay where they were and finally be massacred. Well, they went for the first option.

Therefore, they gathered in Idlib, entered into negotiations and settled for a truce. No talks like the ones in Astana have ever resulted in a ceasefire.

Those who were against a ceasefire and believed war and bloodshed should continue in Syria did not attend the Astana talks. Only those are present in the negotiations who believe a ceasefire should be put in place one way or another.

Some of the sponsors of terrorists opted for talks just in order to save the investment they had made in militants and also for fear of their future.

So I believe a great opportunity has opened up for Turkey to make up for its past mistakes, of course provided that it recognizes Syria’s territorial integrity and sovereignty and respect Syrian people’s right to self-determination.

For now, Turkey has been somehow cooperative as it accepted these principles in a Moscow meeting attended by the foreign ministers of Iran, Russia and Turkey. Turkey reiterated its position in the first round of Astana talks, and the second round of negotiations in Astana in fact stabilized the ceasefire.

The opposition groups and militants were present in the talks, and to my knowledge, the atmosphere during the early hours of the first round of Astana talks was somehow chaotic. The climate there has ameliorated, which means the negotiations are making progress.

US, Saudi Arabia and Qatar Have No Role in Syria Talks.

The US has come to a point where it begs Russia to allow it to attend the negotiations. Moscow consults with us, suggesting maybe Washington could be invited as an observer. Of course, we are against the US participation in the talks.

The Syrian government, Turkey, Russia, Iran and resistance forces play a determining role in the Syria issue, and the ones that will have the final say in determining their future will be Syrian people.