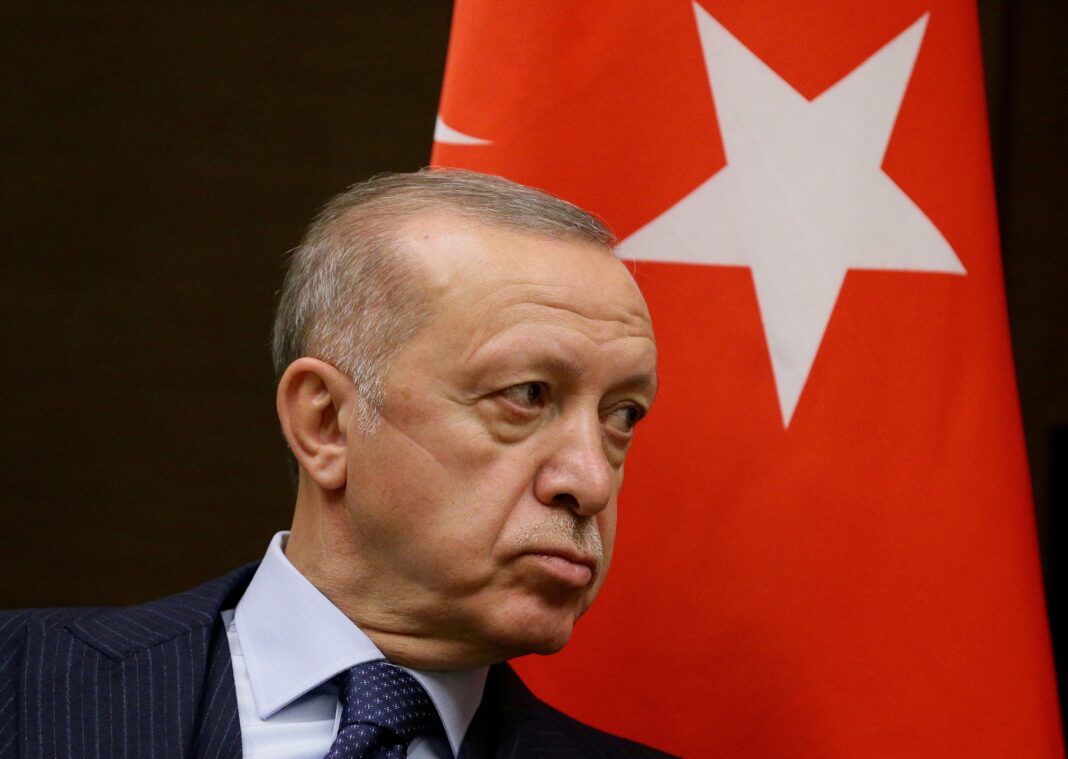 Turkish police initiated legal action against several people over a series of Twitter posts suggesting that Erdogan had died. It comes after a viral video of the president seen shuffling and having difficulty walking circled the web.

The 30 suspects are under investigation, accused of allegedly sharing “disinformation and manipulative content” and insulting Erdogan for sharing posts on Twitter using the hashtag “olmus”, which translates to “is said to be dead”, according to a police statement Wednesday obtained by Bloomberg.

The “olmus” hashtag was briefly trending on Turkish Twitter, with one user tweeting, “Turkish news networks, if someone bites in the street, they will report immediately until nightfall… In the last 24 hours, Erdogan’s death has been deafening on social media. All news networks sleep. They do not confirm or deny. They do not say anything,” referring to the speculation of the death of the Turkish president.

In recent months evidence is growing that Turkey’s president is ailing after a series of videos have surfaced in which the Turkish leader has not looked well.

In recent footage shot Friday at the 98th-anniversary commemoration of the founding of the Turkish Republic, Erdogan is seen walking and looking unstable on his feet, which raised more obvious concerns that ignited the conspiracy of an alleged death.

His office, however, denied any health issues and launched legal proceedings against the individuals that spread the alleged rumors.

Fahrettin Altun, Communications Director of the Republic of Turkey, posted a video on Twitter Wednesday of Erdogan walking more robustly after a plane journey from Istanbul to Ankara, with the caption, “Trust the friend, fear the enemy.”

Erdogan made a statement to the press on Wednesday, after receiving the Ambassador of Ukraine Vasyl Bodnar at the Presidential Complex. He followed that with a tweet posted on his Twitter account reading, “As we have done since November 3, 2002, #MilleteHizmetYolunda We will continue to work non-stop and walk the path with our Nation”. The hashtag translates to “on the way of service to the nation.”