Tumbling oil prices have opened up an opportunity for Iran 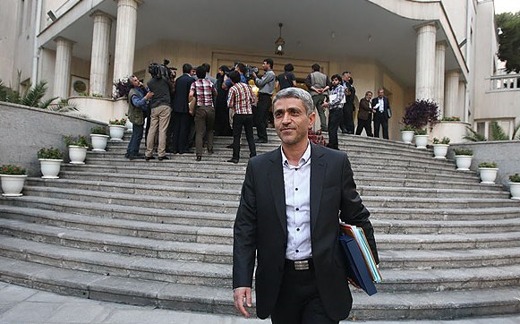 Economy Minister Ali Tayyebnia has said that government is trying to turn the threat posed by falling oil prices into an opportunity for the country.

The Iranian economy minister has dismissed reports that the government is to raise taxes to make up for its depleting finances, saying that the Cabinet is after a justice-based tax system, not levying more taxes.

On January 16, the Iranian Labour News Agency (ILNA) quoted Ali Tayyebnia as saying that the government has no plans to raise taxes. The following is the translation of what the minister told ILNA in the central city of Qom where he met with sources of emulation and Shiite clerics:

The minister said that the government is planning to increase taxes for those individuals who have so far evaded or avoided to pay taxes, adding this will go into effect when the tax information system is complete.

As for main economic concerns, he said that the government has worked out detailed plans to curb inflation and create jobs, adding that efforts are being made to regulate monetary and financial resources, and control the country’s monetary base.

Tayyebnia further said that to boost employment, the government is seeking to speed up economic expansion in the first place. He said when production is raised the stage is set for productive employment.

Secondly, the country needs to opt for production methods which can create more jobs for the youth, he stressed.

Asked about the Cabinet’s strategies to cope with sliding crude prices, he said that the government seeks to turn the drop in prices to an opportunity to seriously implement resistance-based economy and help the country cut its dependence on oil revenues.

He went on to say that the government has done proper planning to provide the country’s budget and foreign exchange needs and supply intermediate goods for the production sector.