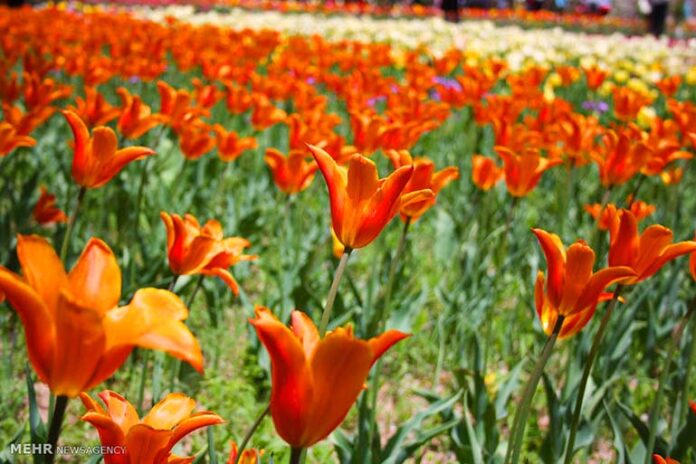 A Tulip Festival is annually organized by an Iranian flower breeder in early May allowing people to feast their eyes on the beautiful flowers free of charge.

Each year in May tulips in 32 different colors are put on display in Garmab Village along Chaloos Road [that connects Tehran to the Caspian province of Mazandaran].

A large number of visitors are mesmerized by the beauty of local and imported tulips at the annual Tulip Festival.

Javad Gholami, who has been in the business of breeding and importing tulip bulbs from Central Asian countries for 30 years, is the organizer of the annual event.

“The first Tulip Festival was held by my father 17 years ago. He asked me to keep the festival going. He also urged me not to charge visitors,” Gholami was quoted by the Iranian Students’ News Agency as saying.

He went on to say that by holding the festival, he aims to expand green spaces and revive the friendship between people and Mother Nature.

He said that tulip bulbs are originally from Iran and have been taken to Europe through Turkey.

Highlighting that a majority of tulips in the garden are local, he said, “Only tulips with rare colors are imported so that we can work on their bulbs and produce their seeds.”

The Tulip Festival opened on April 28 this year and will run through May 10.