A political analyst says the world should take the “Trumpism” threat seriously and prevent the emergence of another Hitler.

In an article published in Shargh daily newspaper, Mohammad Taqi Fazel Meibodi weighed in on the ramifications of US President Donald Trump’s policies. 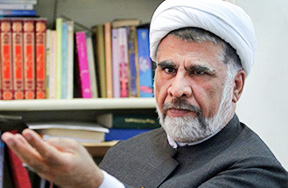 With his orders, the incumbent White House ruler has dealt the coup de grâce to the dreams of American icon Martin Luther King. The late leader of the Civil Rights Movement used to say his dream is to see the country (US) rise up one day and rekindle its beliefs.

We all accept the fact that all humans are born equal. The current US statesmen seem to have come to power with less than 30 percent of popular vote. In the twenty-first century, American officials consider the inhuman “racism” principle as part of their beliefs, and the frail democracy lingering on in the US political arena has only been used as a tool to gain power. This view can be compared to the Hitler’s viewpoint, who caused death and destruction across the world.

Major countries, namely those in Europe, should take the danger posed by Trump seriously. The UN and other human rights institutions shouldn’t allow such unwise ad perilous policies to continue.

The ABC of Trumpists’ policies stipulates that Muslims should be confronted in the name of fighting ISIS. All of us know that Islam is not the origin of ISIS. Even if it is, that is the Wahhabi version of Islam which has emerged from within Saudi Arabia and is associated with Talibanism. Saudi Arabia was not among the countries whose nationals were banned from travelling to the US. So far, not even a single person from the Islamic Iran has joined ISIS. The Islam promoted in Iran is the same pure Islam which carries the message of kindness, peace and coexistence among religions, denominations and all humans.

A politician who wants to fight ISIS, but does not know it well, will promote terrorism instead. Or maybe US authorities seek to ignite another war in the Middle East region. But they do not know such a war will spill over beyond the region. A few points should be highlighted here: non-state academicians, elites, and politicians from the US, Europe and other countries who understand the danger posed by Trump, should take this threat seriously. They should not allow another Hitler to throw his weight around and should not allow human beings to fall victims to the imprudence of such people as Trump.