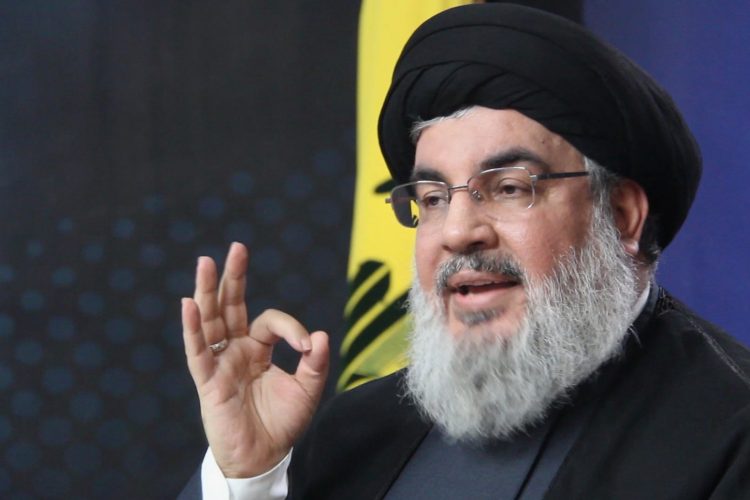 The Secretary General of the Lebanese Hezbollah resistance movement has slammed Trump's decision on Jerusalem as the ‘second Balfour declaration’, saying that his move is an insult to over one billion Muslims and millions of Christians.

Speaking in a televised speech to the Lebanese nation from Beirut on Thursday, Sayyed Hassan Nasrallah referred to the US president’s decision to recognize Jerusalem al-Quds as the capital of the Zionist regime, and said, “It was the second Balfour declaration. I expect to hear voices in the Arab and Muslim world saying it was meaningless.”

He emphasized that Trump’s decision would have negative consequences for all adding that, “We must all shoulder our responsibilities in face of US president’s move because this is a very dangerous act.”

He noted that following Trump’s remarks, the Israeli regime would definitely try to expand its dominion over the greater Quds.

“With this move, the sacred places of Muslims and Christians especially al-Aqsa Mosque, will be in grave danger as the Zionists will seize this opportunity to pose a major threat to Muslims’ sanctities.”

Nasrallah also warned that remaining silent in face of Trump’s decision is very dangerous, and Washington may feel free to do whatever it wants in the Arab world.

He further called the United States a country that does not respect international resolutions and ignores international treaties.

Nasrallah went on to say that the US is openly insulting al-Aqsa Mosque, its people, and their cultural identity. He stressed that Washington’s move must be strongly condemned with mass protests and through showing solidarity with the oppressed nation of Palestine.

“It is important to emphasize that al-Quds is the eternal capital of the Palestine, and we must stand against its Judaisation.”

He said the least the Arab and Muslim states could do is to summon their ambassadors from the United States to protest at US administration’s measure.

“We call on the Muslim world to stop the wars and internal conflicts in Yemen, Libya and Syria and seek solutions to these problems,” underpinned Nasrallah.

In the end, the Hezbollah leader called on all people to take part in a huge rally against Trump’s decision, which will be held in on the southern suburbs of Beirut next Monday.

In a short speech delivered at the White House, US President Donald Trump recognized Jerusalem al-Quds as the capital of the Israeli regime on Wednesday.

His announcement drew condemnation from US allies, and a furious reaction from Palestinian leaders and the Muslim world. Within minutes of Trump’s announcement, US embassies and consulates in several countries were the scene of protests. On Thursday, heavy clashes also erupted between Palestinians and Israeli forces in several cities including Hebron al-Khalil, Jerusalem al-Quds, Gaza, and Bethlehem. Infuriated demonstrators set fire to US flag and Israeli forces used water cannon and tear gas injuring many of them.

The United Nations Security Council is likely to meet on Friday to discuss the move, after a request by eight countries on the 15-member body, including the UK, Italy and France.