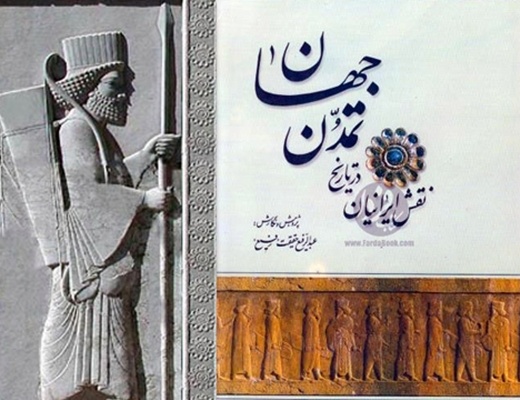 The publication of the book in Egypt amounts to admission by the Egyptian elite that the Iranians have played a key role in human civilization.

The Role of Iranians in the History of World Civilization by Abdolrafi Haghighat, an Iranian historian and poet also known as Rafi, was published in 576 pages in 2008 by Koomesh Publishing House in Tehran. The book has been rendered into Arabic by a professor at al-Azhar University. What comes below is the translation of a report Ettela’at, a daily, ran on the book on January 10:

By having the book published, the Egyptian elite who always view Egypt as the flag bearer of human culture and civilization seem to have confirmed the fact that based on the evidence presented in the book, the Iranians have been in the lead in the history of world civilization.

On January 1, the Society of Iranian Researchers at its monthly gathering was informed that the book has been translated by a distinguished professor at al-Azhar University and the news was met with a warm welcome.

At the meeting the efforts of Mr. Haghighat to carry out research and compile the book were appreciated, among others, by Professor Mohsen Farshad and Professor Hossein Baher.