Toyota Reminded of Its Complicity with ISIS Terrorists 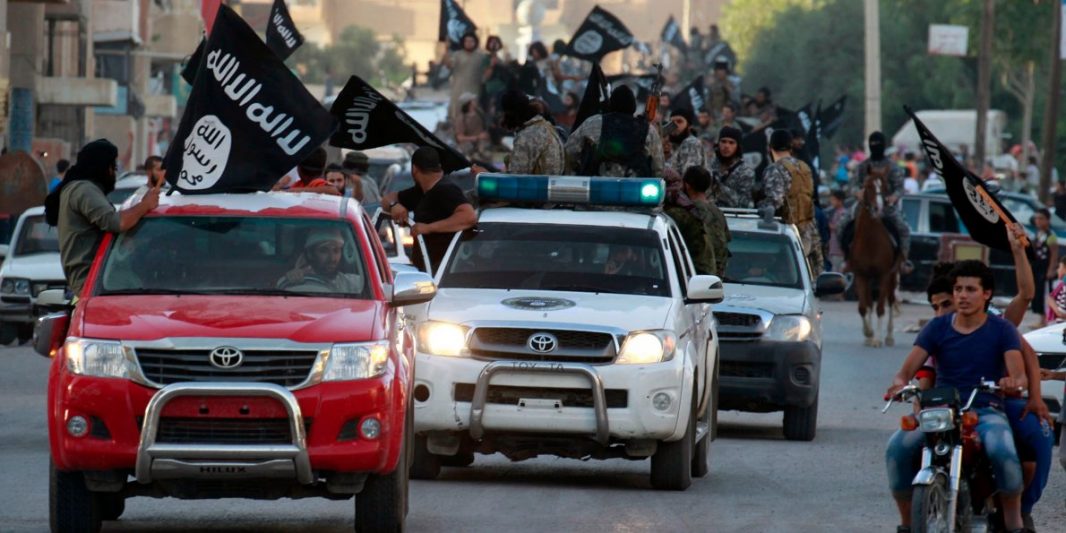 After the Japanese carmaker Toyota apologized to the US government for selling a vehicle to the Iranian embassy in India, Iranian social media users are reminding the automaker of its alleged complicity with ISIS terrorists in their crimes in Iraq and Syria.

Toyota Motor Corporation entered Iran’s vehicle market in mid 1970s and its Corona and Carina models were warmly welcomed by the middle-class Iranians so much so that we can say the models were among the most popular vehicles in Iran until just a couple of decades ago.

Over the past years, with their entry into the Iranian market, the Chinese vehicles have managed to gain a larger share of the market mainly due to their cheaper prices compared with other vehicles. Despite the trend, Toyota’s favourite cars of young buyers – from SUVs like land cruiser and Sport Prado to sedan models – were still among the most popular vehicles for the middle- and upper-class Iranians.

But after Iranian market gave a green light to the quality vehicles from South Korea including Hyundai and KIA, Toyota began to lose gradually a significant part of its profitable share in the market.

Until just recently, Toyota’s rival companies in the Iranian market included South Koran companies (with brands like Hyundai, KIA), French companies (which with their different types of vehicles and affordable prices for upper to lower class families are growingly occupying the Iranian streets), and Chinese brands. But now the Japanese company which used to be the most favourite brand for the Iranians is facing a new challenge which began with selling a car to the Iranian embassy in India. Now the challenge is gaining momentum day by day limiting the share market of the car company in the Iranian market.

Toyota’s apology to the US government for selling a vehicle to the Iranian embassy in India has wounded the national pride of Iranians. They view the apology as Toyota’s ungratefulness to their country which had provided the Japanese company with a profitable market over the past 50 years.

This comes as US President, Donald Trump, has been provoking great outrage among the Iranians on a daily basis by his anti-Iran rhetoric, violent stances (including calling the Iranians a terrorist nation and using the false name of Arabian Gulf for referring to Persian Gulf in return of receiving millions of dollars from Arab states). The apology particularly at this juncture was viewed by the Iranian media (as well as Iranian netizens) as sprinkling Japanese salt into the wounds of Iranian inflicted by the US.

The latest reaction to Toyota’s apology to the US government for selling a vehicle to the Iranian embassy in India is a heavy political sarcasm:

“Toyota apologizes to the US government for selling a vehicle to the Iranian embassy in India but it has not yet made any apology to the world for his vehicles being driven by ISIS. Meanwhile, it has never made it clear how its vehicles have ended up in ISIS’ hand.”

The message, released in Farsi by a telegram channel named Doctor Salam, has been liked by 131,000 Iranians within just one hour.

The reaction shows that although the Iranians had closed their eyes to the convoys of newly produced Toyota vehicles, equipped with shotguns and ISIS flags and transferring thousands of terrorists and tens of tonnes of warfare for inhumane missions, they have not forgiven the Japanese company for its huge sales to the terrorists as well as its silence towards ISIS crimes. (Mandela’s soul may rest in peace)

Can we conclude that Toyota has begun a fight against itself in the Iranian market? Would a simple apology to the US for “violating” the inhumane sanctions on Iran have a disastrous consequence for the Japanese car company? Has the apology made the good memory of Toyota disappear from the minds of thousands of its Iranian fans?