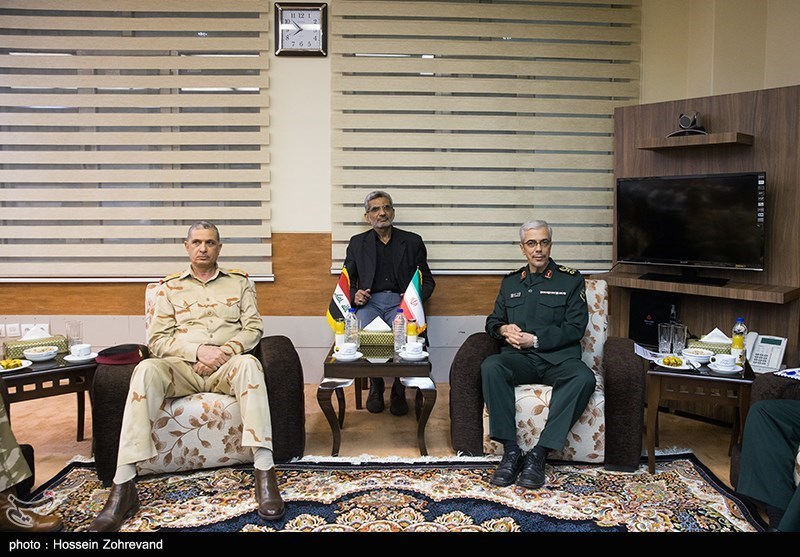 The military brass of Iran and Iraq have met and held talks amid a controversial referendum in Iraq’s semi-autonomous Kurdish region.

Chief of Staff of the Iranian Armed Forces Major General Mohammad Baqeri on Wednesday received his Iraqi counterpart Major General Othman al-Ghanmi, who arrived in Tehran at the head of a military delegation earlier in the day.

The issue of terrorism, the Kurdish independence vote and matters of mutual interest were among the major topics discussed in the meeting between the top military officials.

During the meeting, Baqeri hailed the latest achievements gained by the Iraqi army in the fight against terrorists.

“We are so pleased that the Iraqi nation and army have made great gains in the battle against terrorists and have crushed the Takfiris,” he said.

The Iraq official, for his part, said that Iraq was targeted by Takfiri terrorism, adding, however, that most of the territories held by Takfiri militants had been liberated.

He reiterated that Iraq would continue its fight against terrorism until the ultimate defeat of the terrorists.

Baqeri told reporters after the meeting that both the Iranian and Turkish sides were concerned that the Kurdish vote in Iraq could lead to tensions in the Arab country, the repercussions of which could haunt regional countries.

A statement from the Iraqi military said earlier that the top ranking delegation from Iraq’s armed forces would visit Iran on Wednesday “to coordinate military efforts” without giving further details.

It added that two sides discussed the Kurdish referendum and stressed the importance of maintaining Iraq’s territorial integrity.

Regional powers, including Iran and Turkey, have opposed the Kurdish referendum in Iraq, warning that the controversial vote could lead to further instability in the entire Middle East, a region already ravaged with numerous conflicts and terror threats.

The European Union has also expressed concern about the vote, describing it as “counterproductive.”

The central government in Baghdad has also rejected the vote.

Despite international criticism, the Kurdish plebiscite took place on September 25.