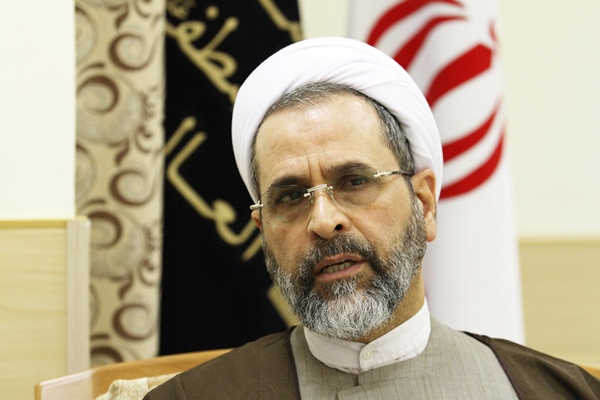 Hujjat-ul-Islam Alireza Arafi, the director of Al Mustafa International University, met with a high-ranking delegation from Finland headed by Annti Kaikkonen, the Finnish Parliamentary Chairman of the Foreign Affairs Committee, and demanded that the termination of nuclear arsenals becomes a global demand from all governments.

He referred to the recent regional changes and empowerment of extremist groups in Islamic states and said, “Had it not been for demands made by Iraqi and Syrian governments, and the active role of the Islamic Republic of Iran, several regional countries could have been plagued by ISIL and extremism, and violence could have engulfed the whole world.”

The Friday prayer leader from Qom praised the serious resistance of Iran against terrorism, and criticized any denial of the constructive role played by Iran in confronting terrorism.

The cleric also highlighted the clear views of the Islamic Republic of Iran on security and world peace, stressing the country’s readiness for constructive dialogues towards this end.

The Member of the Supreme Council of the Cultural Revolution referred to the different readings of Islam in the world, and slammed extremist groups who carry out anti-Islamic activities in the name of Islam.

Hujjat-ul-Islam Arafi referred to the different movements to return to [original] Islam, saying that the first movements to return to Islam confined the holy religion to only moral and ideological issue. It was a movement which distanced itself from all political and social aspects of Islam, as it believed in a meltdown in western culture.

The Iranian scholar stated, “Against this movement, however, a second movement was formed in the world of Islam which did not comprehend the modern world and its special status. Consequently, it introduced a prejudiced and petrified reading of Islam.” He added, “The culmination of this type can easily be seen in extremist movements like ISIL.”

According to the cleric, the third reading of Islam, carried out by the Islamic Revolution of Iran, stresses rationality and jurisprudence for understanding Islam saying, “A revolutionary reading of Islam tries to respect the demands of modern man and value opinions within a political framework. It also highly esteems interfaith dialogues and seriously stands against sectarian clashes.”

He referred to the inaccurate interpretation of some western countries in achieving a correct understanding of Islam and said, “Some western counties have not been capable of – while others have never intended to – comprehend different readings of Islam; hence, they have exposed their nations to extremist readings of the holy religion of Islam.”

The Director of Al Mustafa International University stressed the commitment of the international academic centre to cooperation and dialogue, and welcomes anyone who respects these general principles.

The leading cleric expressed his hope for the expansion of political, economic and cultural cooperation, while extending gratitude for the focus of the Finnish government on people’s religious freedom and its open ambience for Muslims in the country.