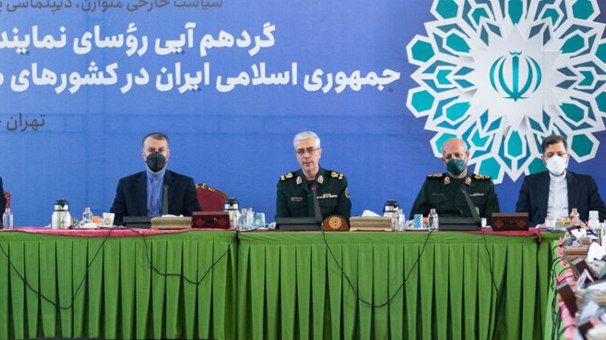 The chief of the general staff of the Iranian armed forces says the country has never missed the opportunity to develop its defensive capabilities and deterrence and is ready to take part in peace and truce processes.

Major General Mohammad Bagheri made the comments during a meeting in Tehran with Iranian envoys in neighboring countries.

He underlined the need for coordination between the strategies and actions of the armed forces and the country’s foreign policy.

“In response to the hostilities against our dear country, a series of measures and strategies were put on the agenda of the defense sector …. which pushed the country’s defense industry to a point, in terms of growth, improvement, maturity and deterrence, that no power now dares to launch an aggression against the Islamic motherland,” Bagheri said.

The general stressed that Iran’s strategies are based on the circumstances and the threats the country could be facing.

“Our forces, despite trust in the country’s deterrence, have never underestimated threats, versus the enemy, and in strategic terms, and proportionate to the situation of the enemy, have the utmost preparedness and awareness in the face of tiniest threats,” he said.

Bagheri also said Iran is ready for closer defense cooperation with other countries, especially among its neighbors.

“Seeing the potential and capabilities created in the armed forces … we are ready to take up roles in peace and truce processes in the region and beyond, which are facing conflict and tensions,” he said.