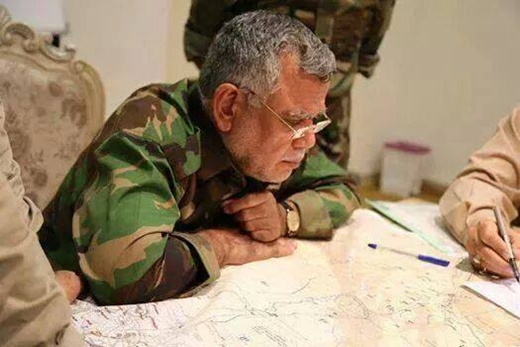 Ayatollah Sistani has described protection of public rights and property as the moral and religious duty of the Iraqi army and volunteer forces fighting IS.

According to hawzahnews.com, Hadi al-Ameri, who heads Iraq’s Badr Organization and is widely known as Iraq’s General Soleimani, has ordered his men to do their best to ensure public security and protect their property.

In a statement, Al-Ameri, the head of the military wing of the Supreme Islamic Iraqi Council, said he has received a letter from Ayatollah Sistani in which the top Shiite cleric has thanked all military and volunteer forces who are fighting IS. Ayatollah Sistani has also described respect for rights of the public and protection of their property as religious and moral duty of all those who are fighting the terrorists.

On Sunday [January 25] Al-Ameri reported that IS terrorists have been lodged out of Diyala and a mop-up operation is underway in the province.

In conclusion, he said the Salah ad Din Province and Kirkuk will be the next battlegrounds in the fight against the terrorist group.

In other news, Qasim al-Araji, the head of the parliamentary Badr bloc, said that Al-Mansuriyain Diyala has been purged of IS fighters.

It seems that Iraq is preparing for a grand, fateful battle in Mosul to force IS terrorists from their northern stronghold. In the battle which is likely to get underway shortly, the Iraqi army will lead the charge against IS militants in Mosul and other forces, including the volunteers, will fought on other battlefields.