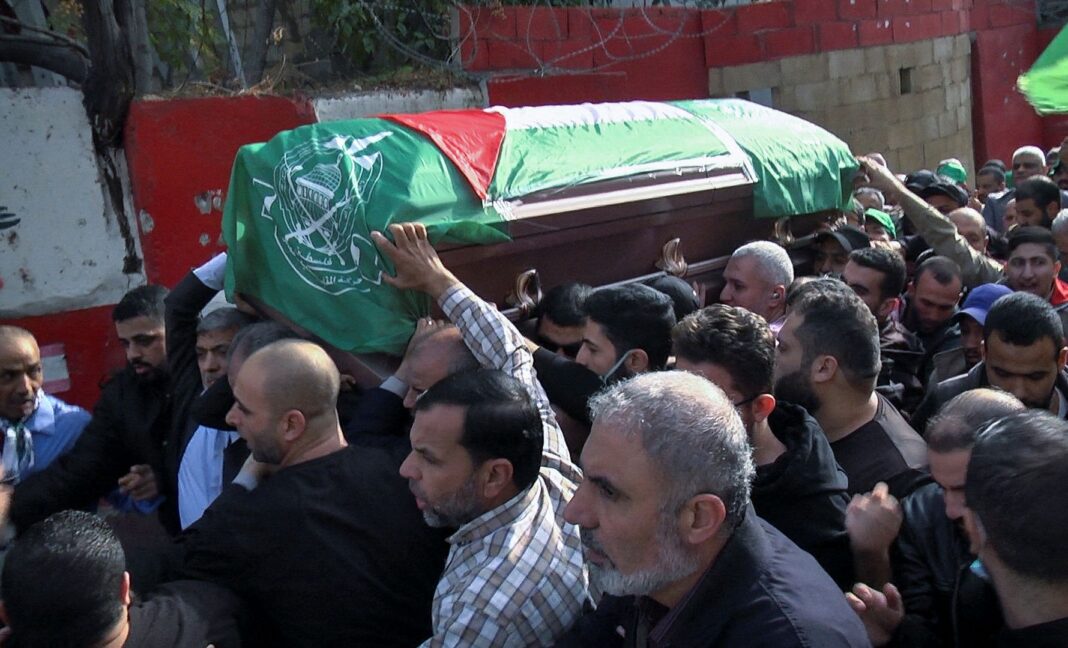 Three members of the Palestinian Hamas movement were killed on Sunday when a shooting erupted at the funeral procession for a member of the movement killed in a blast at a south Lebanon Palestinian refugee camp, the group announced.

Hamas official Raafat al-Murra said people from the rival Fatah movement “shot at the funeral procession” of a Palestinian killed in a blast on Friday at the Burj al-Shemali camp, outside the port city of Tyre.

Six people were wounded, he added.

Hamas and Fatah have been at odds since 2007 when the former defeated party of Palestinian President Mahmoud Abbas in parliamentary elections in besieged Gaza Strip.

One camp resident told the AFP news agency that there was a dispute “when the funeral procession arrived at the camp cemetery and suddenly there was shooting towards the crowd”, adding that in the chaos it was unclear who was shooting at whom.

Another resident said that “when the shooting started, the funeral procession pulled back … and people fled.” The resident added that Fatah was on alert following the incident.

The explosion blackened the walls and shattered the windows of a nearby mosque.

“The fire caused damage to property but the impact was limited,” Hamas said.

According to a Palestinian official, one man died of his injuries from the explosion, which also left several people wounded.

On Sunday, mourners had been out on the streets of the Burj al-Shemali camp, shouting pro-Hamas slogans.

Armed elements of both Fatah and Hamas had been deployed before the funeral.

Lebanon is home to tens of thousands of Palestinian refugees and their descendants. Many live in the 12 refugee camps that are scattered across the small Mediterranean country.

A number of armed Palestinian factions, including those linked to Hamas and Fatah, hold effective control over the camps, which Lebanese authorities by custom do not enter.