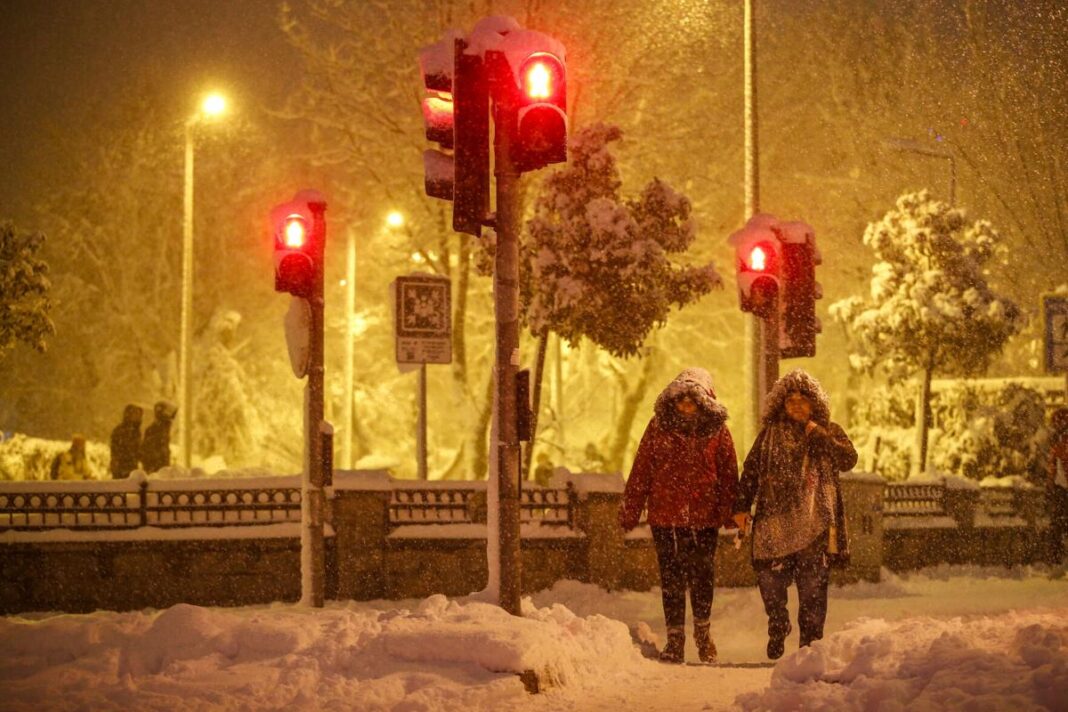 Rescue crews on Tuesday were forging ahead with efforts to clear major throughways in and around Istanbul clogged by a massive snow storm. It left countless of people and vehicles stranded overnight in below-freezing conditions.

Highways and roads in the city came to a standstill on Monday after the storm pounded Istanbul – a city of some 16 million people which straddles the European and Asian continents – accumulating more than 80 centimeters (31 inches) of snow in some areas.

Stranded motorists either spent the night in cars, abandoned their vehicles to walk home or crowded metros and other public transportation. A lucky few were rescued and taken to hotels.

The city’s Disaster Coordination Center, or AKOM, says an Icelandic low-pressure system is behind the cold front and precipitation affecting most of the country. The storm also caused havoc in neighboring Greece, snarling traffic in Athens and putting most public transport out of action.

AKOM teams and other units worked overnight to clear snowy roads and highways but abandoned vehicles hampered their operations. Istanbul Governor Ali Yerlikaya urged motorists to return to their vehicles and move them.

A flight suspension in and out of Istanbul Airport on Monday was extended until 1 p.m. Tuesday (1000 GMT) over safety concerns, while the governor’s office banned the use of private cars until the same time. Istanbul’s second airport, Sabiha Gokcen, was operating limited services.

“Nothing is moving. The snow ploughs can’t even reach us,” Ahmet Odabasi, 40, one of thousands of travelers stranded overnight on a highway west of Istanbul told The Associated Press by telephone.

“I have been stuck here for 12 hours now. I am lucky that I have gas, food and water,” added the motorist, who was driving to Istanbul from the city of Edirne, near the border with Greece.

AKOM manager Selcuk Tutuncu told the AP that 40,000 tons of salt have been used since the beginning of the storm.

“Right now there are over 1,500 vehicles and over 7,000 personnel working out in the field nonstop,” Tutuncu continued.

On Monday, authorities in Istanbul suspended intercity bus services and blocked travel to the city from Turkey’s northwestern Thrace region.

The Istanbul governor’s office announced that civil servants would be allowed to stay at home Tuesday, except for those employed in security, health and transportation sectors. Schools across Turkey were already closed for a winter break.

Imamoglu said the municipality has provided shelter to around 1,500 homeless people. Another 1,500 people stranded at a bus terminal due to the suspension of intercity services were taken to hotels or hostels.

Teams have left some two tons of food for stray cats and dogs, Imamoglu added.