The Reason behind the US Flags in Tehran Revealed 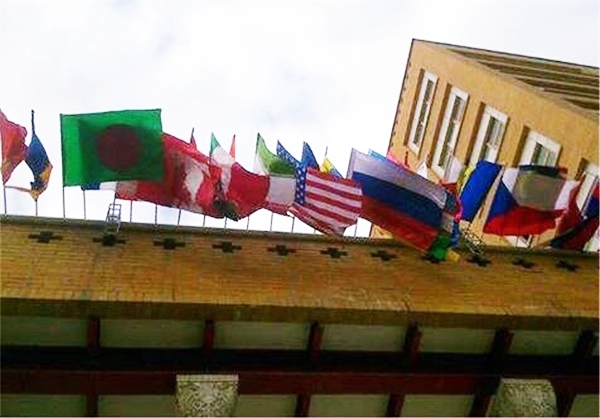 The raising of the Stars and Stripes next to an Iranian flag in a major street in Tehran has caught the attention of many, and raised a few eyebrows.

According to the Fars News Agency (translated by IFP), in recent days, an American flag has been hoisted next to an Iranian one on top of a building on Vali Asr street, near the Taleghani crossroads. According to a well-informed source, the Iranian Art Academy is hosting the International Fajr Visual Arts Festival. For this reason, the flags of all the countries participating in this cultural event are flown over the festival venue.