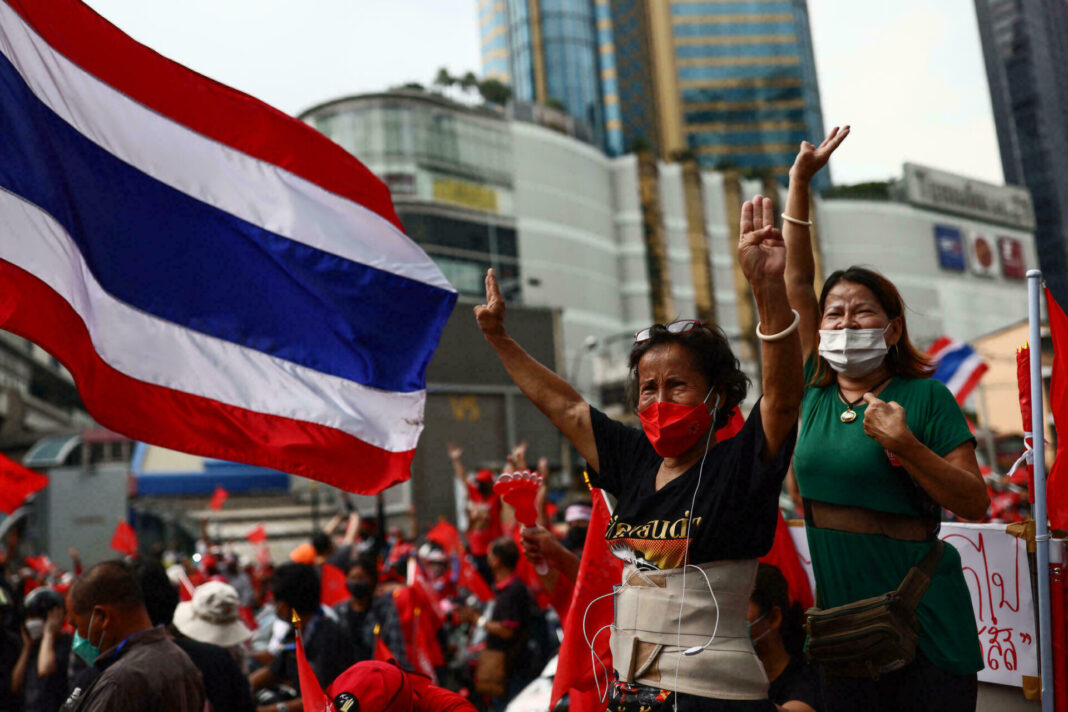 Hundreds of Thai demonstrators have taken to the streets of Bangkok to mark the 15th anniversary of the 2006 military coup that overthrew former Prime Minister Thaksin Shinawatra, calling on premier Prayut Chan-o-cha to step down.

People drove through Bangkok’s streets on Sunday to mark the 15th anniversary of a military coup that removed Shinawatra.

The billionaire ex-leader – now living in self-exile – has remained a prominent figure in the country’s politics since the military deposed his government on September 19, 2006.

Unloading a massive cardboard model of a tank for their “cars against tanks” protest, rallygoers honked car horns to call for the resignation of Prayuth, a former army chief who came to power in a 2014 coup.

“Fifteen years have passed, we are still here to fight,” shouted Nattawut Saikuar, a politician long associated with Thaksin, to a sea of supporters waving “Kick out Prayut” flags.

Thailand has seen more than a dozen coups since the end of absolute monarchy in 1932 – often staged in the name of protecting the powerful royal family.

Thaksin’s juggernaut rise to power was boosted by the so-called “Red Shirts”, mostly working-class supporters who revere him for populist contributions such as instating a universal healthcare system. But he was hated by Bangkok elites and the powerful military, and has faced many corruption accusations.

His influence in Thailand’s patronage-reliant politics permeated the kingdom even after his removal – his sister Yingluck was the next leader, before she too was deposed in a 2014 coup led by then-army chief Prayuth.

The general went on to become prime minister in the 2019 elections conducted under a new constitution authored by his generals.

Nattawut stated the prime minister has had plenty of time to improve Thailand, “but the country is in recession. The economy, society and politics are collapsing”.

The red-clad protesters in cars and on motorcycles planned to move to Democracy Monument, the site of several rallies by an anti-government movement that has repeatedly called for Prayuth’s resignation since last July.

Scrutiny of the government increased after a new COVID-19 wave in April snowballed Thailand’s cumulative caseload from less than 29,000 to more than 1.4 million infections in just five months, as well as a rising death toll.

Earlier this month, Prayuth survived a no-confidence vote – his third since 2019.