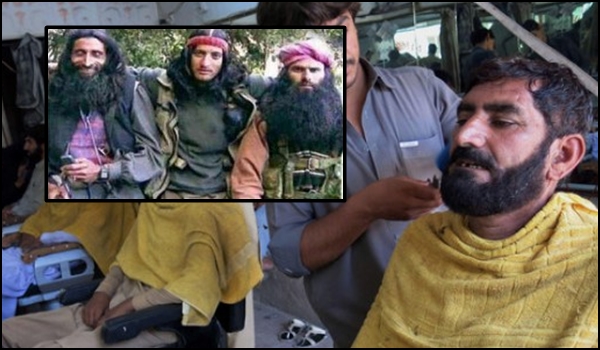 Moscow has warned regional nations that terrorists who flee Russian airstrikes are flouting a shave ban to go across the border into other countries.

Russia is warning Syria’s neighbors that terrorists fleeing its airstrikes against militant targets are flouting a ban on shaving to be able to blend into refugees and slip through the cracks.The Russian Defense Ministry said each day as many as 100 terrorists flee across the border to Turkey.Clean-shaven images of the terrorists on social networking sites after fleeing the war theater in Syria substantiate the Russian warning.