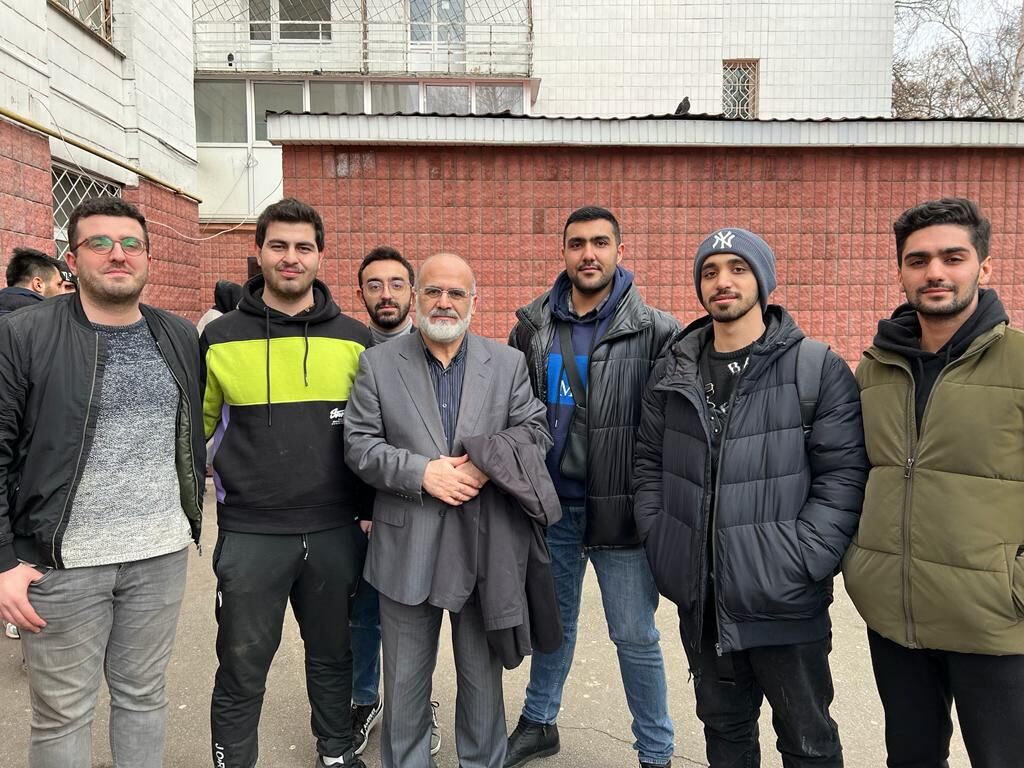 Iran’s ambassador to Ukraine has paid a visit to the shelter where a group of Iranian students are taking refuge in the capital, Kiev, which is bracing for clashes with Russian military forces.

IRNA reported Friday that Manouchehr Moradi visited the Iranian students at the shelter, after footage went viral of an Iranian student who said his fellows were holed up at the site.

“The Iranian government has urged Iranian students to leave Ukrainian soil, but it is not possible to exit [Ukraine] given the closure of borders,” said the student in the video.

The Iranian envoy assured the Iranian students that the homeland was doing its utmost to facilitate the exit of Iranians caught up in crisis-torn Ukraine.

The Iranian Embassy in Warsaw has also set up a committee tasked with supporting fellow Iranians in Ukraine since the onset of the Russian military operation in the Eastern European country.

In a statement, it said any Iranian who reaches the border will be transferred to Warsaw and then to Iran.

Earlier, Head of the Civil Aviation Organization of Iran (CAO) Mohammad Mohammadi Bakhsh said CAO was ready to send a passenger plane to Poland to bring the Iranian citizens home, if a permit is issued to allow the flight.

Iranian Foreign Minister Hossein Amir-Abdollahian also held talks with his Hungarian counterpart, who pledged efforts to help with the transfer.