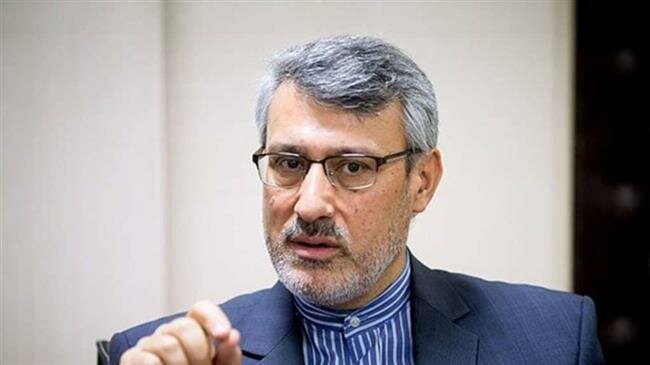 Iran’s ambassador to the United Kingdom has warned London against further provocation, as reports emerge that the British government is considering freezing Iranian assets and may take other measures as well in a standoff between the two countries over the mutual seizure of tankers.

“UK government should contain those domestic political forces who want to escalate existing tension between Iran and the UK well beyond the issue of ships,” Hamid Baeidinejad tweeted on Sunday. “This is quite dangerous and unwise at a sensitive time in the region.”

He added, however, that Iran “is firm and ready for different scenarios.”

The UK has seized an Iranian supertanker for allegedly violating unilateral European Union (EU) sanctions. And Iran has impounded a British tanker “for failing to respect international maritime rules.”

On Saturday, local outlets reported that the British government was drawing up plans to target Iran with sanctions in response to the Islamic Republic’s detainment of the British tanker.

Foreign Secretary Jeremy Hunt was expected to use a House of Commons statement to announce a package of diplomatic and economic measures, including possible asset freezes, The Telegraph reported.

Also on Sunday, Tobias Ellwood, Britain’s junior defense minister, said London was “going to be looking at a series of options …We will be speaking with our colleagues, our international allies, to see what can actually be done,” according to Reuters.

Baeidinejad, the Iranian ambassador to the UK, seemed to be reacting to those reports.

On July 4, British naval forces in the Strait of Gibraltar off Spain seized the supertanker Grace 1 on the accusation that it was carrying Iranian oil to Syria in violation of the EU’s unilateral sanctions on the Arab country.

While Tehran denied that the supertanker was bound for Syria, it condemned the seizure as “maritime piracy” and warned that the move would not go unanswered.

Later, Spain said the UK had taken the action at the request of the United States.

On Friday, Iran seized a British-flagged oil tanker in the Strait of Hormuz in the Persian Gulf “for failing to respect international maritime rules.” The tanker failed to respond to pertinent authorities after an accident involving an Iranian fishing boat and changed route instead.

‘UK officials should not be sidekicks of Trump’

Meanwhile, Richard Burgon, member of the British opposition Labour Party, suggested that Britain had to resist serving the United States in reaction to the Islamic Republic’s capture of the British vessel.

British officials should not become the “messengers or sidekicks” for US President Donald Trump over Iran’s seizure of the UK-flagged tanker, he said.

“I think we can play a very positive role in this… Our role is to speak up for conflict resolution, de-escalation, the nuclear deal,” Burgon said, adding, “But what we don’t want to do is end up being the messengers or sidekicks of Donald Trump.”