Iran’s foreign ministry has strongly condemned the comments made by the Israeli regime’s President Reuven Rivlin against Iran, saying that it is a great shame that the leaders of the regime call the brave and cultured people of Iran using such insulting words.

In response to a question asked by Al-Alam News Network reporter about the shameful insolence and disgraceful rudeness of the president of the illegitimate regime of Israel against the Iranian nation, the Ministry’s Spokesman Bahram Qassemi said Tehran warns the fascist leaders of the Zionist regime over such insults.

The mean, rude, and evil Zionist leaders, who used to pretend they separate the people of Iran from the country’s democratically-elected government as part of their deception, sham, hypocrisy and propagandist policies, have now lost control of their words, and with a bitter tone and boldness have shamelessly insulted the Iranian people openly to reveal their anti-Iran demonic nature, the Iranian spokesperson added.

He went on to say that the Israelis also showed how they are opposed to the existence of Iran and Iranians and how they are burning in an implacable and endless hatred.

“More disrespectfully, the leaders of the regime, whose brutality, aggression, meanness, deception, and cunning are no secret to anyone, call the ancient, brave and cultured nation of Iran, who saved the Jewish people, with such words claiming that the Iranians must be starved and not fed.”

He further noted that the great and cultured people of Iran respect the status and the rights of the followers of the religion of Prophet Moses (PBUH).

Iranians believe the Jewish people are different from these fascist, aggressive and unbridled minority who are ruling the occupied territories, pointed out Qassemi.

“We warn these self-centered racists, who are deprived of wisdom and politeness, about the consequences of making such indecent and thoughtless remarks against the Iranian nation,” he added.

Israeli President Rivlin on Thursday said “the Iranian beast must be starved and not fed. This is the only way to guarantee the stability of the world.”

In a meeting with German Chancellor Angela Merkel in the disputed city of Jerusalem al-Quds, Rivlin also added that “from our point of view, now is the time to join the effective sanctions on Iran and not to circumvent them.”

During the seventh round of Israeli-German intergovernmental consultations, Rivlin tried to convince Merkel to stop doing business with the Islamic Republic and circumvent economic restrictions put in place by US President Donald Trump. 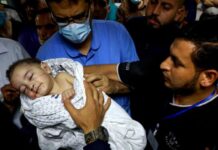