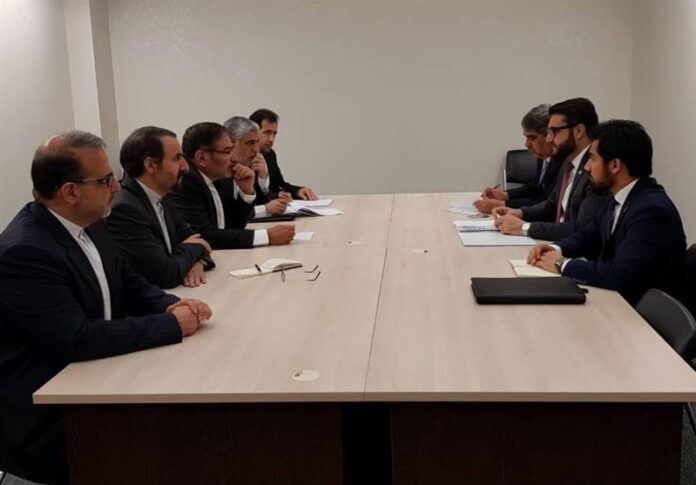 Senior Iranian and Afghan national security officials discussed ways to ensure sustainable security in Afghanistan at a meeting in Russia, with both urging coordinated efforts to tackle terrorism.

The meeting was held on the sidelines of the 10th International Meeting of High Representatives for Security Issues in Ufa, the capital of the Republic of Bashkortostan.

Shamkhani and Mohib both emphasized the necessity for closer coordination and consultations between the Kabul government and the neighbors of Afghanistan in order to counter terrorism and contribute to the process of national reconciliation in Afghanistan.

They also stressed the need for contacts and communication between the region’s influential countries and the Afghan opposition groups in coordination with the government of Afghanistan.

The two officials also discussed plans to strengthen the Afghan military forces for establishing sustainable security in all parts of Afghanistan.

Heading a delegation, Shamkhani has attend the summit of security officials in Ufa at the invitation of his Russian counterpart Nikolai Patrushev.

The senior Iranian official delivered a speech to the forum on Tuesday.

Delegations from around 120 world nations have taken part in gathering. The forum has been held regularly by the Russian Security Council in one of the cities of Russia each year.

The meetings have been previously held in the cities of Yekaterinburg, St. Petersburg, Vladivostok, Kazan, Ulan-Ude, Grozny, the Tver region, and twice in Sochi. Last year’s conference in Sochi was attended by delegates from 118 countries and three delegations from the UN bodies.