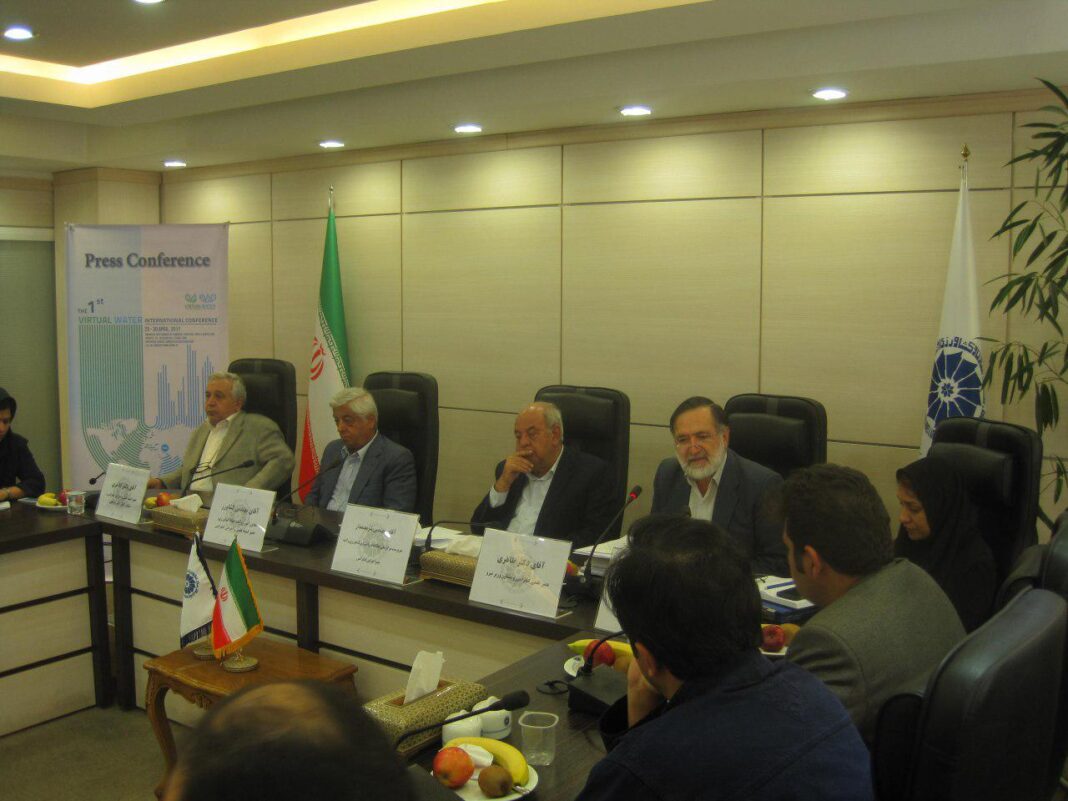 The 1st Virtual Water International Conference is scheduled to be held in Tehran on April 29 and 30, as an effort to take a look at the theory of virtual water at the global level and improve the management of the countries' water resources.

Organized by Iran Chamber of Commerce, Industries, Mines and Agriculture (ICCIMA), the 1st Virtual Water International Conference, scheduled to be held in Tehran on April 29 and 30, aims to take a closer look at the theory of virtual water at the global level and help enhance the management of the countries’ water resources.

Addressing a press meeting on the international conference, the head of the ICCIMA’s National Centre of Strategic Studies of Agriculture and Water said it is not reasonable to achieve self-sufficiency in the production of a particular type of crop at all costs, adding other factors and aspects need to be taken into account when making efforts to that end.

Shariatmadar highlighted the need to design an effective strategy to implement the theory of virtual water.

He added the international conference will be an effort to take a look at the theory of virtual water at the global level to improve the management of the countries’ water resources.

“No global consensus has yet been reached on commercializing agro products and putting the theory of virtual water into practice. The theory has only been implemented in a number of countries.”

Shariatmadar said the theory has existed in Iran since the very beginning of agricultural activities, adding, however, it has never had any international dimensions and has never been implemented systematically and legally.

“Since the process of putting the theory into practice can involve a remarkably large number of complexities and details, it is required to carry out a precise and comprehensive study of the likely consequences and outcomes, prior to initiating it.”

He noted that the international conference is an opportunity to create an atmosphere and virtual space, supported by world thinkers, international organizations and countries, in which those interested in the theory of virtual water can find information and seek consultation.

“Effective strategies should be mapped out to avoid probable unwanted political and social dependence and impositions at the stage of putting the theory into practice. Moves and behaviours should be managed and steps should be taken with great care.”

Shariatmadar, who is also the executive secretary of the upcoming international conference, said identifying proper cultivation pattern is among the main bases of the theory. It further seeks to define cultivation pattern in developing farming in each region in proportion to its capacities and potentials.

“For years, we have been speaking of self-sufficiency in wheat production in Iran. Efforts to this end are required to be made on the basis of the cultivation pattern. All Iranian officials unanimously agree that it is of no value to become self-reliant in the production of a crop at all costs. They maintain that this process should be undertaken in proportion to the capacities and with an eye on improving productivity.”

Shariatmadar recalled that in 1989, Iranian farmers produced 300 grams of wheat using one cubic meter of water for irrigation, adding the figure experienced numerous fluctuations over the past years, amounting to 530 grams in 1998 and 630 grams in 2004 and 2005.

“In 2005, we celebrated our self-sufficiency in wheat production. The fluctuations, nevertheless, continued until in 2015 and 2016 wheat harvest using each cubic meters of water reached 750 grams. At present, we are required to sustain this level of production and even raise it.”

Speaking at the same confab, Abbas Keshavarz, the deputy Agricultural Jihad minister and a member of the upcoming conference’s executive and scientific committee, said achieving a national consensus would be the first step in implementing the virtual water theory.

“We are primarily required to identify the theory’s weaknesses, strengths, advantages and shortcomings to be able to put it successfully into practice at a national level.  The conference aims to prepare a logical roadmap for implementing the theory.”

He maintained that only those countries which have managed to bring the prime cost of the crops down, raise water productivity and, thus, generate a high value added in their agro sectors have been successful in effectively putting the theory into practice.

“Currently, the Netherlands, as a developed country in this field, exports science and technology instead of agro products.”

Keshavarz said at present, the world has not managed to reach a consensus on commercializing agro products, as all countries are concerned about food security and attach great importance to it.

Bahram Taheri, an advisor to Energy Minister Hamid Chitchian and the scientific secretary of the upcoming conference, noted that given the climatic changes, it is necessary to use infrastructural methods to manage water resources.

He added using virtual water is an effective mechanism.

In the same conference, Zahraei, a faculty member at the University of Tehran, stressed that engaging in virtual water trade is not a panacea to be prescribed for any country suffering from water crisis.

She added, “We seek to use other countries’ experiences to gain a more precise and comprehensive knowledge of the theory of the virtual water.”