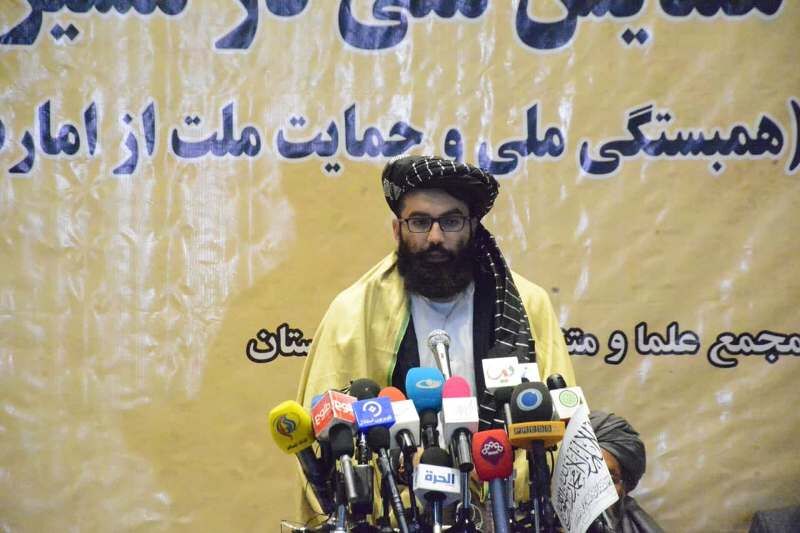 A senior member of the Taliban says Kabul will not allow any individual or group to break the unity of Afghanistan’s Shia and Sunni Muslims through acts of sedition.

In a meeting with the Afghanistan Shia Ulema Council on Sunday, Anas Haqqani said the Afghan people should “roll up their sleeves and work to resolve their problems and achieve self-sufficiency.”

Today, Afghanistan’s Shia and Sunni Muslims have many commonalities and work together to overcome the challenges facing the country, said Haqqani.

The Taliban official also criticized arbitrary measures by certain parties aimed at sowing the seeds of sedition in the country, saying such acts are unacceptable to the Taliban.

Since the Taliban’s rise to power in late August, the Council has held several meetings with members of the group, demanding a resolution of the problems facing the country’s Shia community and the formation of an all-inclusive government with the participation of all ethnicities.

Elsewhere at the event, Abbas Stanikzai, the Taliban’s deputy foreign minister, referred to the US military’s hasty withdrawal from the country in August and said the American troops “fled Afghanistan under the cover of darkness.”

He described interactions with the international community as a major challenge for the Taliban, which retook power in the country shortly after the US withdrew its forces.

“Certain countries do not recognize the Taliban government due to the [group’s] hanging of a number of kidnappers, but the Taliban will act in accordance with its own law,” the official said.