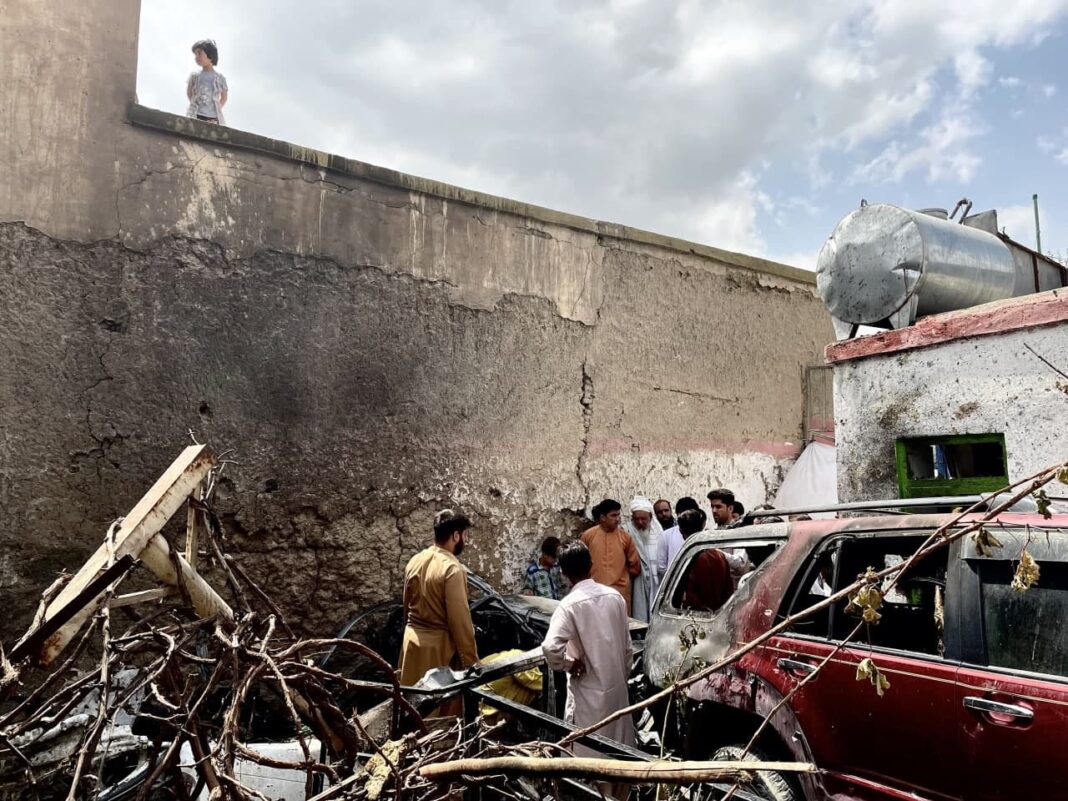 The Taliban has condemned the US drone attack that killed 10 Afghan civilians, including children, in Kabul last month.

“This is not the only incident that the U.S. has committed. It’s 20 years that they have martyred civilians in Afghanistan,” Zabihullah Mujahid, deputy minister of culture and information of the Taliban’s interim government, told China Media Group.

He urged Washington to take responsibility for their past “killings and oppression” in Afghanistan.

Mujahid again called on assistance from the international community for Afghanistan.

US Secretary of Defense Lloyd Austin said in a statement Washington apologizes for the US drone strike in Kabul on August 29 and will try to learn lessons from this “horrible mistake”.

An investigation into the incident concluded that the strike “resulted in the deaths of as many as 10 people, including up to seven children”, he stated.

“We apologize, and we will endeavor to learn from this horrible mistake,” the US secretary of defense continued, adding, “To that end, I have directed a thorough review of the investigation just completed by US Central Command.”

After weeks of insisting the raid in Kabul killed a member of the Daesh terrorist group, Washington has admitted an investigation by US Central Command determined that an August 29 drone strike in Kabul killed an innocent aid worker and nine members of his family.

The news comes as the Joe Biden administration is already facing criticism over its Afghanistan withdrawal and the fact that the effort left hundreds of Americans and thousands of at-risk Afghans in the country at the end of August. More than 120,000 people were airlifted from Hamid Karzai International Airport before US troops pulled out.