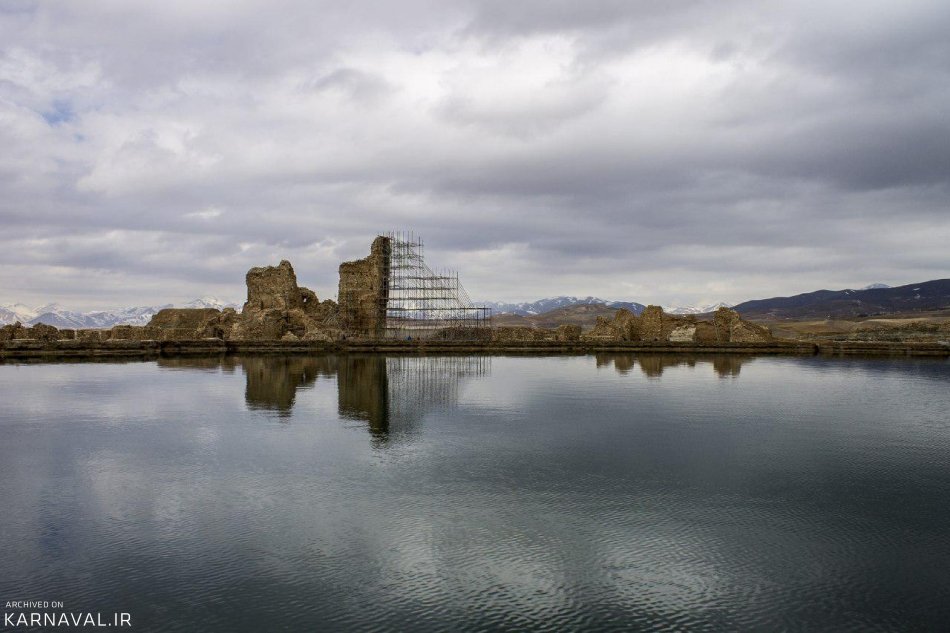 Since Takht-e Soleyman was registered on the UNESCO World Heritage List, efforts have been made to unravel its mysteries.

Takht-e Soleyman is a unique archeological site in a mountainous area in West Azerbaijan. The site, which is replete with a sense of history, represents a well-known hub of Iranian civilization.

Takht-e Soleyman, which was once a strategic area, is located 48 km to the northeast of Takab and has lovely weather.

The ruins of the once glorious site dating back to the Sassanid era are surrounded by a number of lakes, hot springs, ancient graves and historical sites.

Ever since Takht-e Soleyman was registered on the list of UNESCO World Heritage Sites, continuous efforts have been made to unravel the mysteries of the site.

According to ancient scripts, Takht-e Soleyman was believed to be the birthplace of Zoroaster. It was a large educational and social center and a place of worship in the pre-Islamic era for Iranians. But it was ruined in an attack by Heraclius, a Byzantine Emperor, in 624 A.D.

Three kilometers to the west of the site, there is a conical, hollow mountain which was shaped thousands years ago as a result of volcanic activities. Locals call it Prison of Solomon and believe that King Solomon put the monsters which had disobeyed him inside the deep crater.

Some 20 km away from Takht-e Soleyman, there is a mystery lake with a floating island, 60 m in diameter. The island floats across the lake which is 80 m in diameter.

Despite freezing winters in Takab, the temperature of the lake stays at 21̊ C throughout summer and winter.

Takht-e Soleyman Castle which houses the remains of a Zoroastrian fire temple built during the Sassanid era is a key historical site in the world.

The following are images of Takht-e Soleyman released online by Mehr News Agency: